Interior Minister Matteo Salvini is reportedly being probed for his role in preventing migrants rescued at sea from disembarking in Sicily. Meanwhile, a deal has been reached to allow the migrants to leave the ship. 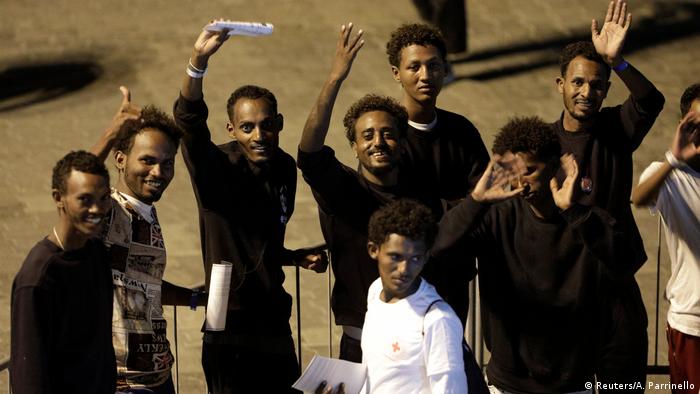 Italian prosecutors are investigating Interior Minister Matteo Salvini for his role in preventing migrants rescued in the Mediterranean from disembarking from a coast guard ship at a Sicilian port, Italian media reported Saturday.

The inquiry will focus on "illegal confinement, illegal arrest and abuse of power," according to news reports. 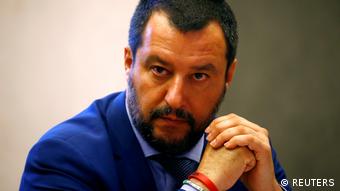 Salvini, the head of the anti-immigrant League party, appeared to confirm the reports in a Facebook post.

"If you want to question me, or maybe arrest me because I defend the borders and security of my country, I'm proud of it and I'm waiting for it," he wrote.

At the same time, the Italian government said the more than 150 migrants on the Italian coast guard ship Diciotti would soon be allowed to disembark after a deal was struck with the Catholic Church, Albania and Ireland.

Under the agreement, Italian bishops would take most of the migrants under their care. Albania, which is not an EU member, and Ireland would each take 20 people.

The Diciotti rescued the migrants from the Mediterranean on August 16 and the ship docked in Catania, Sicily, on Monday. Only a little over a dozen children and the sick have been allowed to disembark. Most of the migrants are from Eritrea.

The ship is the latest at the center of a standoff between EU member states and Italy as Rome blocks charity rescue ships and even its own coast guard from allowing migrants to disembark at its ports.

Italy is calling for the EU to step in to share the burden of migrants after more than 600,000 have arrived over the past four years. 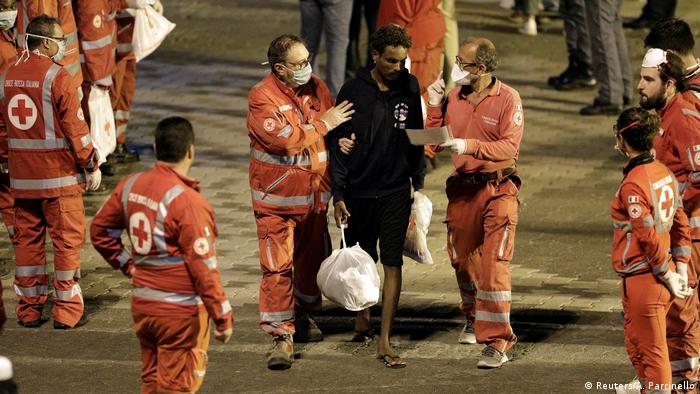 A top-level EU meeting on Friday aimed at finding long-term solutions to the issue of migrant rescues failed to find a solution, prompting Italy to threaten to cut off funding to the EU.

Italian Prime Minister Giuseppe Conte said late Saturday that Rome was considering a veto on the new EU draft budget over the issue, as no progress was being made.

UN High Commissioner for Refugees Filippo Grandi has urged EU states to come to a solution on sharing migrants instead of "competing in a race to the bottom on who can take the least responsibility for people rescued at sea."

Migrant sea crossings from North Africa to Italy have plummeted by 80 percent in the past year due to cooperation agreements between the EU and Libya.

Italy's interior minister, Matteo Salvini, has let minors leave a rescue ship in Sicily, but 150 people remain on board. He has demanded other EU countries, including Germany, take in the remaining migrants. (23.08.2018)