Italian police have captured an Algerian national suspected of aiding both the Paris and Brussels attackers. Meanwhile, German prosecutors have been unable to link two arrested suspects to the Brussels bombings. 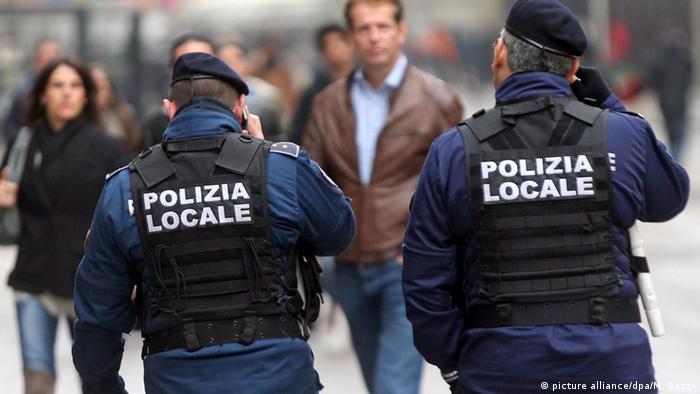 Italian police have arrested an Algerian national suspected of having produced fake ID documents for Islamist militants connected to the attacks in Brussels and Paris.

The suspect, named as 40-year-old Djamal Eddine Ouali, was detained under a European arrest warrant in the southern region of Salerno. Belgian authorities have reportedly been informed and expect Ouali to be extradited to Belgium in the coming days.

Authorities in Germany, meanwhile, have been less successful. Prosecutors there have failed to produce links to the airport and metro bombings in Brussels after placing two suspects under arrest earlier this week.

"We so far have no tangible indication to suggest the two men have anything to do with the Brussels attacks," said a spokeswoman for the prosecutor's office on Saturday. The attacks, in which 31 died and at least 270 were injured, have been claimed by the self-styled "Islamic State."

A man arrested in connection with the deadly Brussels attacks is facing several terrorism charges, prosecutors say. Eleven terrorist suspects have been arrested in Belgium and Germany since the attacks. (26.03.2016)

At least one man has been arrested and blasts heard during another police operation in Brussels. The detained suspect, reported to have been shot in the leg, was said to be linked to an "advanced" terror plot in France. (25.03.2016)

A 28-year-old Moroccan man had been arrested on Wednesday during a routine identity check in Giessen, north of Frankfurt. His cellphone was initially thought to contain the name of Khalid El Bakraoui, who according to authorities blew himself up at the Maelbeek metro station. El Bakraoui's brother, Ibrahim, has been linked to the airport attack.

However, it was later reported that the arrested man had in fact been exchanging messages with someone else with a nearly identical name.

The Moroccan suspect, however, remains in custody for other offenses, but is no longer suspected of links to the attacks.

Another man was arrested a day later near Düsseldorf on suspicion of having links to one of the Bakraoui brothers. The suspect was described as a self-confessed Salafist, a conservative strain of Islam which has ties to many terror organizations.

Searches at his house and his workplace have failed to produce any links to the attacks in Belgium.

German fears over an attack have risen since the November 13 attacks in Paris, resulting in increased security measures across the country. With links being established between the Paris attackers and the Brussels bombers, many people are growing anxious of an attack hitting a target in Germany. According to a poll conducted by the daily newspaper "Bild," 56 percent of 500 participants said they expected an assault on Germany within this year.

The head of the domestic intelligence agency, the BfV, has warned that militants belonging to the so-called "Islamic State" movement (IS) have likely already slipped into Europe disguised as refugees.

"We shouldn't count on the fact that international terrorism will continue to avoid Germany," Maas said.

"However: Our security forces will do everything within their power to prevent such attacks and protect the people in Germany as well as we can."