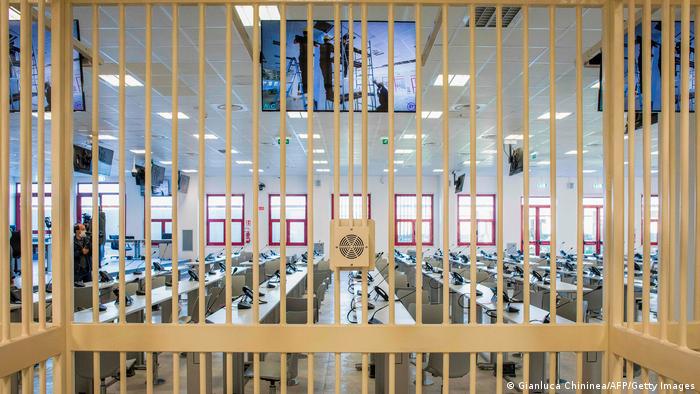 The 'ndrangheta is based in the southern Italian region of Calabria, where prosecutors say the crime syndicate has infiltrated nearly all areas of public life.

A total of 50 people have been put under investigation, with police arresting 13 people and placing another 35 under house arrest, prosecutors said.

The suspects include alleged 'ndrangheta crime bosses as well as government officials, politicians and white-collar suspects.

They're accused of a range of crimes including tax fraud, criminal association, revealing official secrets, influence peddling and other charges.

Among those under house arrest is the regional government's finance minister in Calabria and Christian Democrat (UDC) member, Francesco Talarico. He is accused of accepting a "package of votes" from the 'ndrangheta in 2018 in exchange for awarding public contracts.

The more well-known leader of the center-right UDC, Lorenzo Cesa, is also accused of being involved. Cesa, a member of the European Parliament, is suspected of "mediation" between the Talarico and the mafia organization.

Cesa denies any involvement, but stepped down from his post as the head of the UDC on Thursday.

What was the scheme?

One of the schemes uncovered involved a complex system of issuing falsified invoices that were later used to receive tax credits, according to authorities.

The 'ndrangheta set up 86 front companies "with the sole purpose of showing an apparent turnover, in reality non-existent, and allow other companies managed by 'real' entrepreneurs on the market, to evade the internal revenue service", prosecutors said.

As part of the scheme, which was based in the areas of Crotone and Catanzaro, suspects rented warehouses but left them empty. They would also send trucks in to give the appearance of loading operations.

What is the 'ndrangheta?

The 'ndrangheta crime syndicate has grown to become the most powerful mafia group in Italy, as well as one of the largest criminal gangs in the world. Prosecutors also consider it the most active Italian organized crime group in Germany.

The group is believed to control most of the cocaine entering Europe, but has expanded efforts to infiltrate local politics and agencies.

"This investigation makes clear what we have been saying for decades. The 'ndrangheta shoots less and has more and more ties with business and politics," said prosecutor Nicola Gratteri.

Last week, Gratteri launched one of Italy's biggest mob trials targeting the 'ndrangheta. Over 350 defendants are involved in the trial, which is taking place in Calabria.