Italy's top court has overturned the convictions of Amanda Knox and Raffaele Sollecito for murder. The two former lovers have now been acquitted twice of the 2007 murder of British student Meredith Kercher. 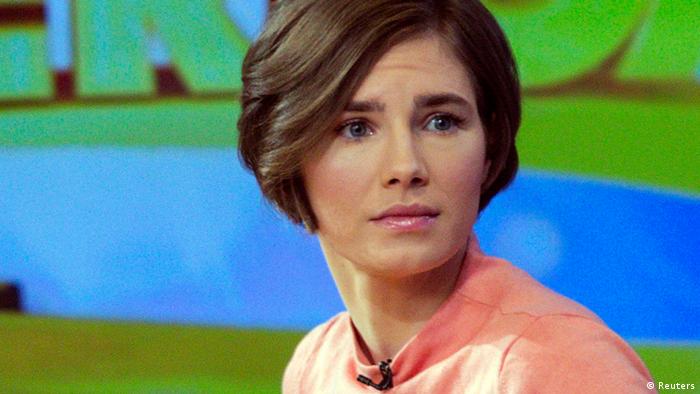 Knox's representative, David Marriott, said on Friday that he was "overjoyed" following the acquittal for the murder of Kercher.

"The truth has won out," the Seattle-based spokesman said.

"I personally feel overjoyed that the truth has won out, that she is innocent," he added, calling the verdict "unexpected."

"I am tremendously relieved and grateful for the decision of the Supreme Court of Italy," Knox said in a statement shortly after.

Both Knox and Raffaele were arrested just four days after the murder of Kercher on November 2, 2007. They were found guilty of her murder in December 2009.

Sollecito was handed a 25-year jail sentence and Knox was sentenced to 26.

A third person, Ivory Coast national Rudy Guede, was also convicted of the murder in a separate proceeding and is currently serving a 16-year sentence.

During years of legal negotiation in the Italian courts, Knox and Sollecito continued to deny any involvement in the killing, saying they were not in the apartment that night. But they did acknowledge they had smoked marijuana and their memories were clouded.

After four years in prison, both Knox and Sollecito were acquitted on appeal in 2011. The appeals court heavily criticized the prosecution's case at the time, saying no murder weapon was ever found and the DNA tests were faulty.

Just two years later, however, a court in Florence opened a new trial against Knox and Sollecito, in which both were found guilty of Kercher's murder for the second time in January last year. Knox was also sentenced to an additional four years behind bars for her conviction of slander against the bar after the prosecutor alleged she had accused the wrong man to remove suspicion from herself.

Ahead of the verdict on Friday, Knox's lawyers said there were errors of "colossal proportions" in the guilty verdicts, which were ruled for the second time last January.

Kercher's body was found in November 2007 in the bedroom of the house she shared with Knox and others in Perugia, the Italian university town where the two were exchange students. She had more than 40 wounds and her throat had been slashed. Prosecutors alleged Kercher was the victim of a drug-fueled sex game gone wrong.

Following Kercher's death, Knox originally told police that she had heard Kercher's screams as she was killed. She later claimed, however, that she was pressured into making that and other statements and maintains that she had been at Sollecito's house the night of the murder - not at her own.

An appeals court in Florence, Italy, has ruled Amanda Knox and ex-boyfriend Raffaele Sollecito guilty of murder. Knox had awaited the verdict back home in the United States with, in her words, "my heart in my throat." (30.01.2014)

Italy's highest court of appeal has overturned US student Amanda Knox's acquittal, ordering a retrial over the murder of her British roommate. The ruling is the latest development in a case that gained global attention. (26.03.2013)

Italian prosecutors have appealed to Italy's highest court to have the murder conviction of Amanda Knox and Raffeale Sollecito reinstated. (14.02.2012)