Even prior to the pandemic, birth rates in Italy were among Europe’s lowest. Now, Italians are having even fewer children. Why is that? Bernd Riegert reports from Bergamo. 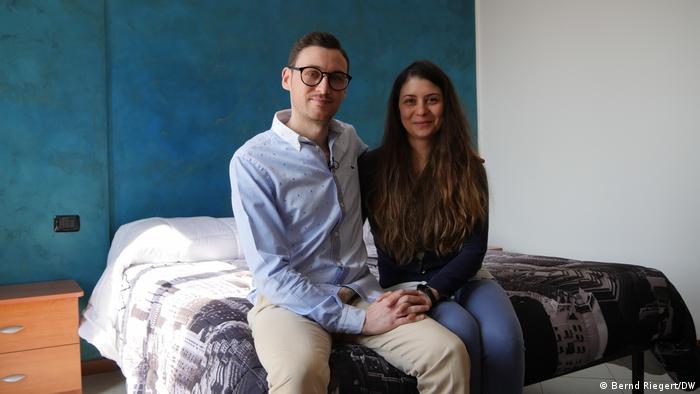 Morena Di Paola and Vincenzo Augello answer like a shot when asked whether they want children: "Two!"

"A boy and a girl," 29-year-old Morena adds, laughing. The two are set on starting a family — but they're unsure about the timing.

Morena and Vincenzo tightly hold hands as they talk to DW in their new house in Seriate, near Bergamo.  The couple had planned to tie the knot last July. But the coronavirus pandemic forced them to postpone the wedding.

"We wanted to celebrate with 130 guests, but of course the [coronavirus] restrictions made that impossible," 30-year-old Vincenzo tells DW. The banker says he wants everyone to be safe, but not to have to wear masks.

In keeping with tradition, the Catholic couple had planned to get married first, then move into their new house and finally have kids. Now, the order has been changed, and they have already taken up residence in their new abode. But the two want to wait until Italy's economic situation stabilizes and the pandemic passes before having children.

Morena and Vincenzo's are typical of young Italian couples today. Preliminary birth rate figures for Italy — once regarded as one of the most child-friendly nations in Europe — show a dramatic drop. In December 2020, 15 Italian cities recorded a 21.6% drop in fertility rates compared to 12 months earlier.

These figures by Italian National Institute of Statistics (ISTA) would indicate Italy's birth rate is the lowest out of all European states. ISTA headGian Carlo Blangiardo says the number of new marriages has halved, too. 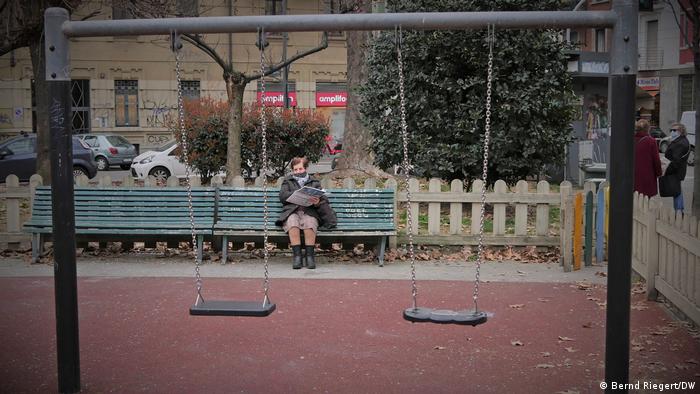 Italy now possibly has the lowest birth rate in Europe

"We need to study how the pandemic is changing our sex lives," sociologist Giulia Rivellini tells DW. "I found a study by the condom manufacturer Durex indicating a decline in sexual desire and activity because of the pandemic."

Rivellini, a professor at Milan's Catholic University, finds the findings plausible. She says restrictions on everyday life force couples to live together more closely and spend more time discussing things and getting organized, and that they have more financial problems. She says couples start families not so much because of a mutual sexual attraction but on the basis of economic factors. This, she says, was true in pre-pandemic times as well.

"I think Italian couples are going with what is economically rational, instead of making emotional decisions," says Rivellini. "They are concerned whether they can bring up a child and offer it everything it needs." 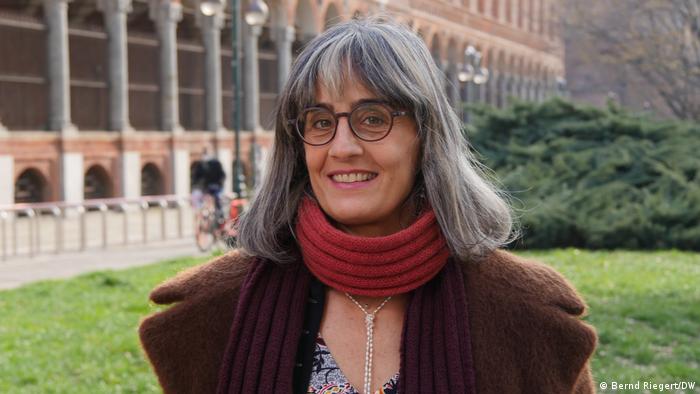 Professor Rivellini says the pandemic may be curbing sexual activity

Rivellini says women in northern Italy tend to have children only after the age of 30. Couples have been having fewer and fewer children for decades anyway, she says, and the pandemic may have reinforced this trend.

Statistically, Italian women had around 2.5 children in the 1960s. Today, that rate has fallen to a mere 1.27. Italian women are finding it difficult to balance work and family life, Rivellini says. Due to a lack of public child care facilities, grandparents will have to be able to step in as babysitters if a mother works, while household chores are mostly left to the women, she says.

Morena Di Paola tells DW the pandemic has not changed her relationship with Vincenzo. If anything, she says, it's strengthened their bond. "We have been together since we were 13," the pharmacist tells DW. "We grew up together and know each other very well. The pandemic has made us stronger and made us realize why we want to marry."

Starting a family, however, is off the cards for now. This has financial reasons, says Vincenzo: Their new home cost a tidy sum to build, and a wedding will be expensive, too. Besides, the couple want to spend their honeymoon on a boat cruise through the Caribbean. 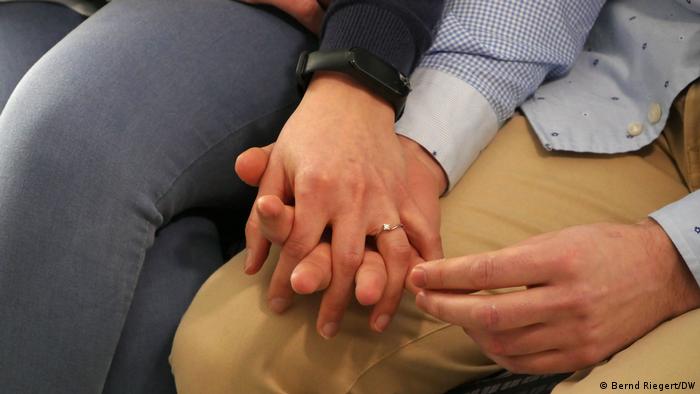 Staying in the nest

And that has a knock-on effect for starting families, too. "This is compounded by pandemic-related fears," Rivellini says. According to the researcher, about three-quarters of her colleagues project a further drop in birth rates because of the pandemic. She says only 5% of researchers in her field have a more optimistic view.