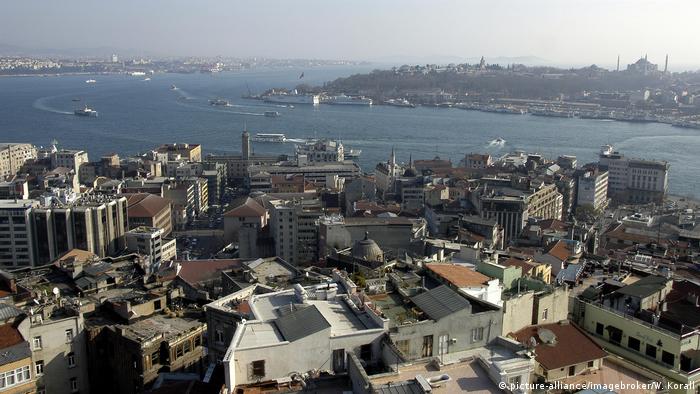 In the early hours of August 17, 1999, a 7.4 magnitude earthquake rattled the Marmara region east of Istanbul for 45 seconds.

The Izmit earthquake — and another deadly quake three months later in the city of Duzce that killed nearly 900 people — highlighted the loose construction standards across Turkey and the ill-preparedness of emergency services.

While regulations have since become stricter and the disaster and emergency body AFAD was established, 20 years after the Marmara earthquake critics say preparation for a large earthquake is wholly inadequate.

'A matter of when'

Marco Bohnhoff, a seismologist at the German Research Center for Geosciences in Potsdam, said the chance of a powerful earthquake striking under the Sea of Marmara off the coast of Istanbul is very high.

There are around 1.6 million buildings in Istanbul, around half of which were constructed illegally and without proper engineering services, according to the Chamber of City Planners.

According to AFAD estimates, an earthquake in Istanbul could kill nearly 30,000 people, injure 50,000 others, destroy 44,800 buildings and leave 2.6 million people homeless.

However, the Union of Chambers of Turkish Engineers and Architects calculates that 140,000 to 600,000 people could be killed and more than 1 million families left homeless.

Turkish President Recep Tayyip Erdogan has overseen a credit-fueled infrastructure and construction boom in Istanbul, which has driven economic growth during his 16-years in power. Many of the construction firms are tied to businesses close to the government.

In 2012, following two earthquakes near the southeastern city of Van that killed more than 600 people, the government passed an "urban renewal" law that gave it vast powers to expropriate, confiscate and oversee the knocking down and reconstruction of buildings deemed at risk due to a natural disaster.

In Istanbul, many of the urban renewal projects targeted valuable land where high-rises, luxury housing and shopping centers sprouted up, while poorer- and higher-risk areas were neglected. 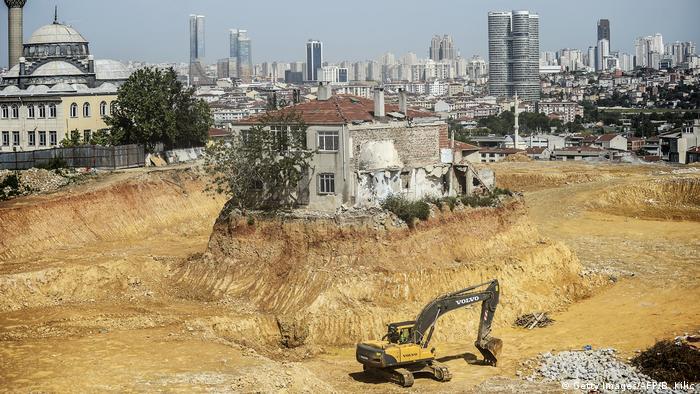 In 2014, an urban renewal project in Istanbul's Fikirtepe district came to a standstill after a man refused to approve demolition unless the company behind the construction gave him a clear contract

Many residents were displaced after being given payments and loans to move into new homes on the outskirts of the city, which were built with the support of the state-backed housing agency TOKI. Meanwhile, the value of the property in their previous residence skyrocketed.

In a statement this week to mark the 20th anniversary of the Izmit earthquake, the Union of Chambers of Turkish Engineers and Architects said the government had abandoned earthquake preparedness in the name of profit.

"The 'urban renewal' project has veered from the necessity of redesigning cities and creating new buildings that are resistant to earthquakes to becoming a means for the government to increase its wealth with business allies," it said.

As part of a pre-election strategy, the government issued an amnesty last year for unregulated construction work that brought in $3 billion (€3.1 billion) in extra tax revenue. Hundreds of thousands of illegal buildings were registered.

Among the buildings registered was an apartment in Istanbul's Asian district of Kartal that collapsed in February, killing 21 people. Three floors of the eight-story building had been built illegally. 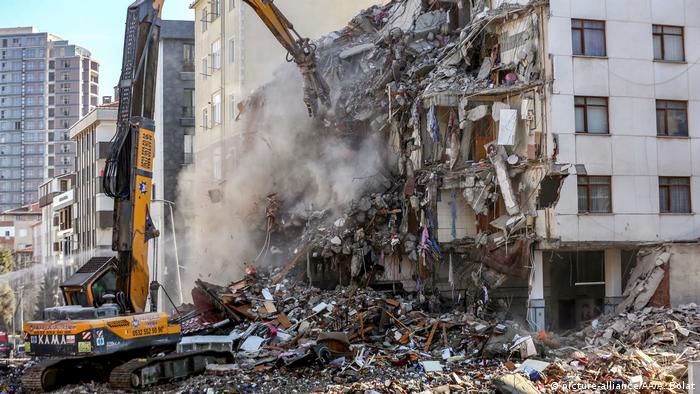 Following the collapse of the building in Kartal, authorities demolished several at-risk apartments in the district

The construction craze has also led to areas assigned as post-earthquake assembly zones for tents and a humanitarian response to be replaced with buildings. The Chamber of City Planners says there are only 77 such assembly areas despite the city identifying 470.

AFAD puts the number at around 2,300. However, the Chamber of City Planners warns that the emergency body is including small parks that won't be able to hold large numbers of people and carry out an emergency response.

The world's biggest reinsurance company, Munich Re, has unveiled new figures about the costs of natural disasters in 2017, showing that the industry faces record payments to insured clients. (04.01.2018)

Opposition candidate Ekrem Imamoglu has taken the lead in a high-stakes rerun of Istanbul's mayoral race. The results deal a blow to President Erdogan's ruling party, which had called for the redo of the vote. (23.06.2019)

No reason was given for Murat Cetinkaya's sacking, but the governor had been loath to cut the interest rate from 24%. Over the past year, Turkey has faced skyrocketing inflation as a result of a debt and currency crisis. (06.07.2019)

The Turkish and German foreign ministers have clashed at a bad-tempered meeting in Istanbul. In one of several points of contention, Turkey accused Germany of siding with Greece in a dispute over energy reserves.