It was a tough battle, but Ekrem Imamoglu from Turkey's social democratic opposition party CHP finally became mayor of Istanbul five months ago. The ruling conservative Justice and Development Party (AKP) had done everything it could to prevent him during a campaign that was a monthslong mudslinging match. It even pushed the electoral commission to hold a rerun of the polls. But Imamoglu won the second time around, too.

And the struggle is continuing even now. The AKP is still doing everything in its power to maintain its influence and put obstacles in the new mayor's way. He has pledged to expand the city's infrastructure, in particular the subway system, but for this he needs to raise some 20 billion lira (€3.5 billion, $3.9 billion). And this is proving difficult because the state banks, which include the Vakifbank, the Ziraat Bank and the Halkbank, have refused to cooperate: "State banks are not even extending routine loans after the elections to the municipality of Istanbul. The doors of state banks are closed to us,” the mayor recently said.

The banks are protected by a sovereign wealth fund chaired by the Turkish president and his son-in-law, Finance Minister Berat Albayrak.

So the Istanbul mayor has been forced to look abroad for funds for his infrastructure projects. He recently visited Paris, London and Berlin to raise funds. The French Development Agency pledged €86 million. Deutsche Bank promised €110 million. 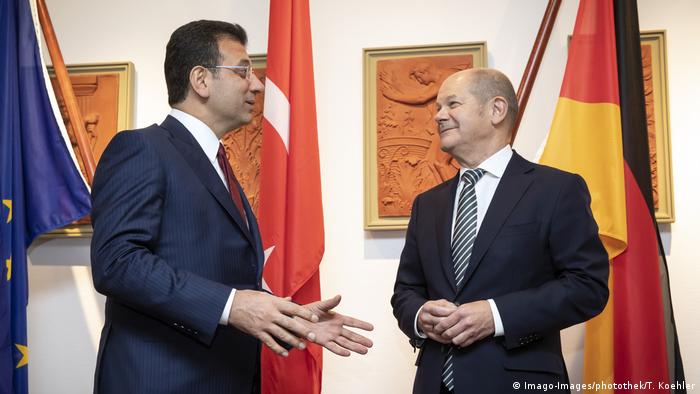 Imamoglu's fundraising tour took him to Germany, where he talked with Finance Minister Olaf Scholz

The government also has another means of making Imamoglu's life difficult. For 25 years, the AKP-led municipality maintained a patronage system in Istanbul, outsourcing public works projects to private companies and exempting them from certain regulations in return for support. The media were also given favors in return for positive reporting. Imamoglu vowed that he would put an end to the nepotism in his campaign: "From now on, the benefits for a few select foundations, confidants and communities will cease," he promised.

Read more: Does Turkey still want to be a member of the EU?

Wrangling for the money

Now the AKP is trying to keep its grip on the money raised before Imamoglu came to power.

Last month, it was reported by the Sozcu newspaper that the Ministry of Urbanization and Environment had drafted plans to transfer the authority of the municipality over development plans on the Bosphorus to a central government department, the Undersecretariat of the Bosphorus. The department, which would answer to the president, would take control of four districts along the shore, considered to be the most desirable and expensive real estate in Istanbul, to oversee cultural and natural assets.

The idea is to attract government-friendly investors so that Erdogan can maintain his patronage system. 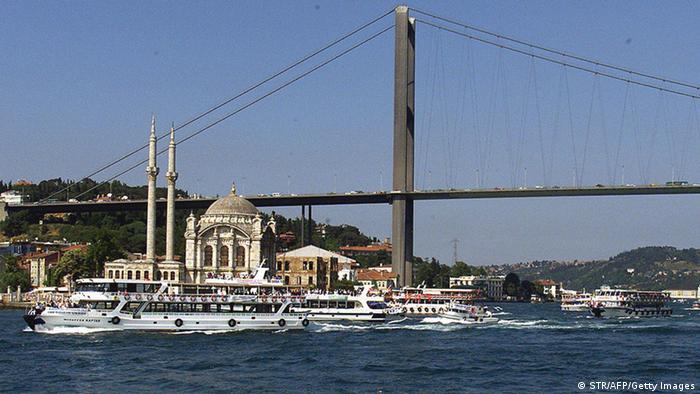 Erdogan is well aware that the nearer properties are to the Bosphorus, the more valuable they are

'We will take the matter to court'

Thus clientelism in Istanbul is still alive and well, as demonstrated by a recent concession tender for unused warehouses at the Haydarpasa and Sirkeci train stations. Imamoglu wanted to use them for cultural activities, but the commission disqualified the Istanbul municipality from the tender.

Instead, a 33-year-old former employee of the municipality and former chair of the Archers' Foundation or Okcular Vakfı, which has close ties with President Erdogan and his family, won. "The rationale is funny. Elimination is unlawful. We will take the matter to court and make a criminal complaint,” Imamoglu promised. 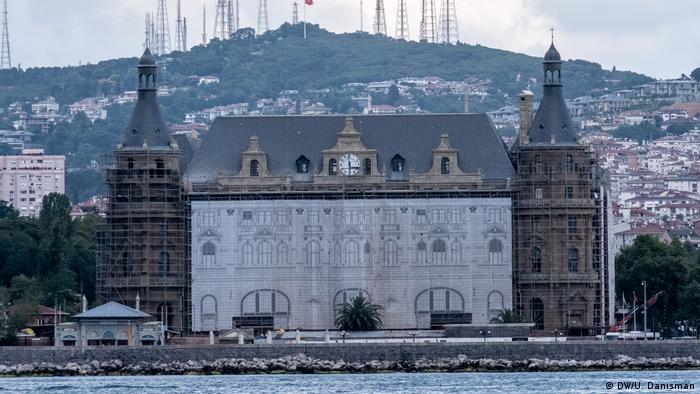 It is widely believed that Imamoglu is planning to run for president in 2023, which is why some think the Turkish government is doing everything to ruin his reputation. But the new mayor of Istanbul is unfazed: "I won the mayoral elections, overcoming much difficulty. were already extremely difficult. After an experience like that, no hardship feels like hardship to me," he told the US broadcaster Bloomberg. "The same government ran Istanbul for 25 years. It seems to me that they want to keep their old habits — but we will overcome this with brave democratic principles."