Israeli President Reuven Rivlin has denied a request to pardon Elor Azaria, who is currently serving an 18-month prison sentence. Azaria was convicted of manslaughter after killing a wounded Palestinian attacker. 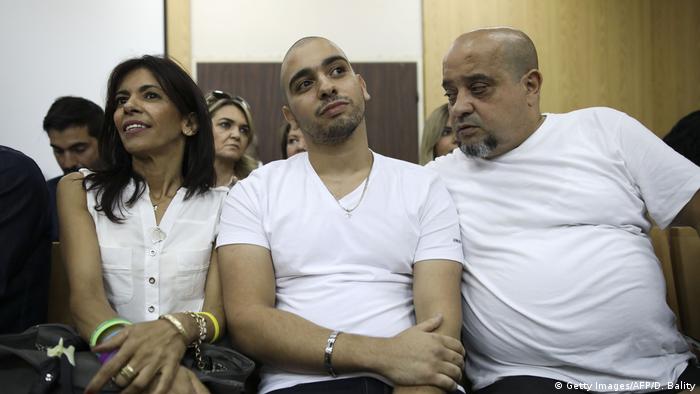 A statement from the office of Israel's president Reuven Rivlin confirmed on Sunday that he denied the request by Elor Azaria (pictured above, middle) because it would harm the "resilience" of Israel's military.

"The president believes ... that an additional reduction in punishment would undermine the strength of the military, its values, and of the state of Israel," part of the statement read.

Azaria began serving an 18-month prison sentence in August after his appeal against a manslaughter verdict for fatally shooting a wounded and unarmed Palestinian assailant was denied. In September, General Gadi Eizenkot, Israel's chief of staff, reduced the sentence by four months, meaning Azaria will complete his term in October 2018 unless the routine parole board considers him for earlier release when it reviews his case early next year.

In March 2016, video footage of Azaria fatally shooting Palestinian Abdul Fatah al-Sharif was leaked online. Al-Sharif had sustained injuries after stabbing and mortally wounding a soldier in the West Bank city of Hebron. Azaria, who was supposed to arrest al-Sharif, shot the Palestinian in the head.

Azaria's case deeply divided Israel, but the nation's military pushed for his prosecution, saying he violated its code of ethics. Many Israelis defended his actions, particularly ones on the nationalist right.