Israel's 70th: not a happy celebration for author Lizzie Doron

Award-winning Israeli author Lizzie Doron became renowned for her books depicting the Jews' traumas. When she started researching the life of Palestinians — and became friends with the enemy — everything changed. 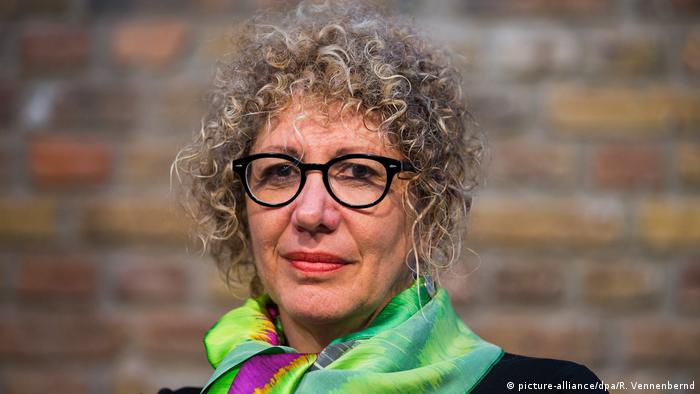 DW: Israel is celebrating the state's 70th anniversary this year. What does it mean to you?

It's a day with many, many questions. As a child I had a different image of my country, of my people. I was sure we were dreamers with a wonderful dream to be liberal, to stand for freedom, to build a state for the Jews, while letting other people come in and share our traditional beliefs with us. We were sure we'd find a shelter for us after the Second World War. And you know, step by step, there were changes.

As in a love story and as in a dream, a fantastic dream, reality is not the same. And now, I don't feel the joy of celebrating. I feel that it is rather a time to be brave enough to ask deep questions and to try to understand why many things went in a wrong direction — at least from my point of view.

Do you think of Israel as your homeland?

I think that Tel Aviv is my homeland because I cannot see myself spending my life in the West Bank as a settler. I cannot see my life in Jerusalem in a very religious city. So I have a place in my country. But I must say that one "Heimat" right now is not enough for me. And I think that I am lucky enough to share my life in two cities [Eds.: Tel Aviv and since a few years Berlin]. And that is a very interesting point of view, because as you understand I didn't mention countries. I mention specific places with a very specific atmosphere. And I think that right now I prefer to choose cities to spend my time and my life. 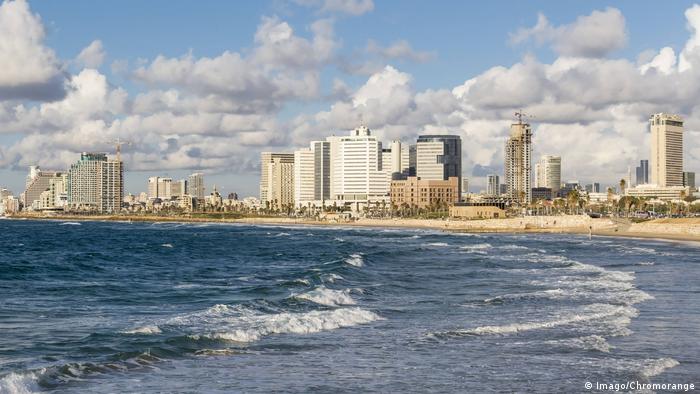 How do you perceive Jerusalem?

Jerusalem signifies for me the place that divides people, where the past is more important than the present, where God takes more place than people. Jerusalem has the ingredients to build a divided society and deal with a non-rational way of thinking about people, life, state of minds, trying to exclude others. And I think that Jerusalem symbolizes a different dream.

There is also a hidden fight in Israel as to which city will lead the country. They have totally different values and a different way of living: If Tel Aviv is a city which stands for freedom, for human rights, for accepting everybody,  Jerusalem — and I am not only talking about the Jewish communities — everybody wants to be the exclusive religion or tribe or community and to defeat the others.

So the question is whether the country will go the Tel Aviv way or the Jerusalem way?

Yes, and in an way it is a huge discussion. I think that Israel is a country that has established two identities. One is democracy, and the other one is being the Jewish state. And I think that those two values cannot work together. Because being Orthodox or being religious doesn't work well with democracy. And looking at the situation right now you can see a lot of secular liberal non-religious young people who at least are curious to try and to check the options of living in other countries, which is not the case with religious people.

Read more: Israeli writer Amos Oz: Trump did one thing that every other country should also do

Two of your books, "Sweet Occupation" (2017) and "Who the Fuck is Kafka" (2015) were translated and published in Germany but never came out in Israel. Why?

I was a kind of an icon in the Israeli society, representing the "second generation" who wrote the stories of Holocaust survivors, victims, and I was in a way one of those writers who told the Jewish story and helped build the Jewish narrative. 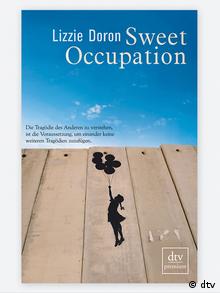 When in 2009 I met a Palestinian guy, this was for me a turning point, because I was so surprised that I had only been digging into my own story, without knowing the story of my neighbors. And when I decided to write stories about the Palestinians and their life under occupation, I was sure that was a kind of continuity with my historian's work on Europe, then the Holocaust. I wrote two books which dealt with the Palestinian story, and I was very proud. And when I came to my publisher, he was so surprised that I had switched my main topic. And he said that Holocaust sells better. And he rejected my last two books.

But I must say that after meeting on a personal basis a Palestinian living under occupation, visiting his family and living his life, I knew I was dealing with the right topic. And that is my new mission right now.

Discovering people behind the image of the enemy was a great moment in life. First of all, it reduces fear and it gives you much more opportunities, you can make changes in your life. And I really feel that on a personal basis, not just as a writer, I am a lot freer after meeting the "terrorist," the "demon." The one who was supposed to kill me has become one of my best friends.

So writing has changed your perspective? 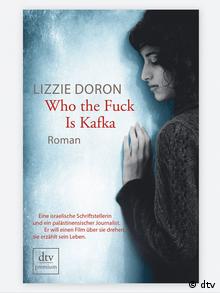 Much more, because those Palestinian stories changed my family story, if I may say. We now share our time between Tel Aviv and Berlin. And there's also the reaction of our friends, those who are right-wing or those who cannot really understand what happened to me. Many think that something very bad happened to me, many cannot understand my wish to stay in Germany, in Berlin. Most of my friends right now are Germans or Palestinians and I have just a few Jewish friends.

But why did you choose Berlin? The Germans were the ones who killed six million Jews.

First of all, although I was born in Israel, my mother originally came from Vienna. She secretly had a lot of difficulties to accept Israel as a country. My mother would come during the night read to herself out loud German literature. She was sure that I was deeply sleeping and was in the middle of a dream, and she read out loud Goethe and Schiller and Heine. And it was like a mantra, every night I heard the German language.

And on good days, when she had money to celebrate holidays or birthdays, she always cooked for me Wiener Schnitzel. And as a desert it was always an Apfelstrudel with vanilla sauce.

So I grew up with a deep, deep feeling that there is another place for us. Something awful happened and my mother had to change her location, but she couldn't change her culture.

So at home, I got the German historic stories and culture, and outside in Israel I was taught the Zionist dream, to be a soldier, to be strong, to be Israel. And in these two worlds I heard the story of the Holocaust.

One thing my mother told me all the time is that there is no Holocaust survivor who survived without getting a helping hand from someone. After she passed away, I found out that she was saved by a SS-German doctor. And after the war, she went back to bear witness in his trial, asking the judge not to kill him because he saved her.

And I feel this gave me the value of choosing people, not nations, not religions. And maybe, because of that, the feeling of hatred towards Germans in general was not my personal story. And I feel that right now it is easier for me to speak with German people who really understand the price of wars than with Israelis who still believe that with war can defeat the enemies. So I am thrown between those two nations and people and I am wondering where is the best place. Not just wondering, but I am wandering from one place to another. But I think choosing Germany was obvious for me. It's a part of my identity as the Jewish identity is a part of my identity.