Many citizens believe the prime minister is using a recent spike in coronavirus cases to stymie their wish to protest. Benjamin Netanyahu has threatened to declare a state of emergency to bring an end to the unrest. 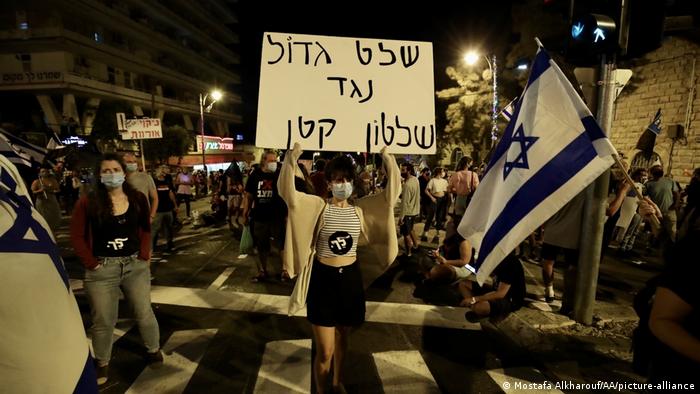 Thousands of Israelis vented their frustrations outside the official residence of Prime Minister Benjamin Netanyahu on Saturday, demanding his resignation, while maintaining the pressure on the embattled leader after weeks of protests, despite a recently installed lockdown.

With Israel facing one of the world's worst outbreaks of COVID-19, a strict lockdown came into effect Friday, shutting down several businesses, banning large gatherings and ordering people to stay close to home.

But lawmakers in Israel's Knesset, or parliament, were unable to agree on proposed legislation that would prohibit the right to protest, something Netanyahu has been pushing for, much to the chagrin of those outside the PM's home on Saturday night.

The Knesset blocked a government proposal that would have limited protest gatherings to groups of 20 while also insisting protesters remain within a kilometer of where they live.

Netanyahu, who has been in power since 2009, has threatened to declare a state of emergency to bring an end to the unrest.

But the threats failed to deter protesters from appearing outside the Israeli prime minister's home in Jerusalem as long lines of cars drove along the main highway towards the city in a protest convoy and people gathered on bridges and junctions in large numbers in other cities across the country.

Many of those on the streets brandished Israeli flags.

One large banner accused Netanyahu of "White House laundromat," a reference to a Washington Post report last week that said the PM brings bags of dirty laundry with him to be washed when he visits the official residence and workplace of the president of the United States. Other banners simply said "disgrace" or "ashamed," while another was emblazoned with the words "Thou Shalt Not Steal," quoting the Ten Commandments ahead of Sunday evening's start of Yom Kippur, the Jewish Day of Atonement. 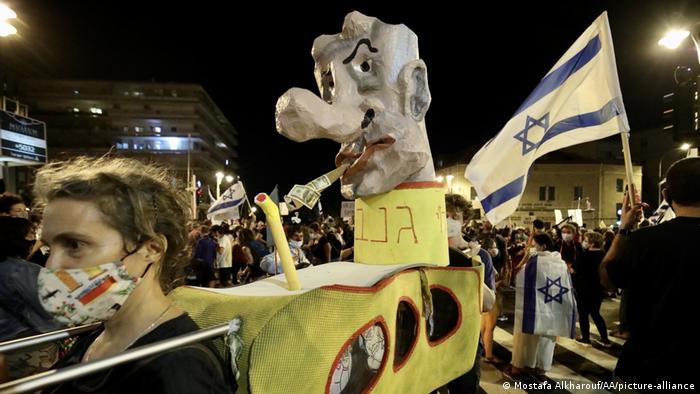