Israel says settlers have seized Palestinian buildings in the West Bank. The structures are near a religious site holy to both Jews and Muslims. 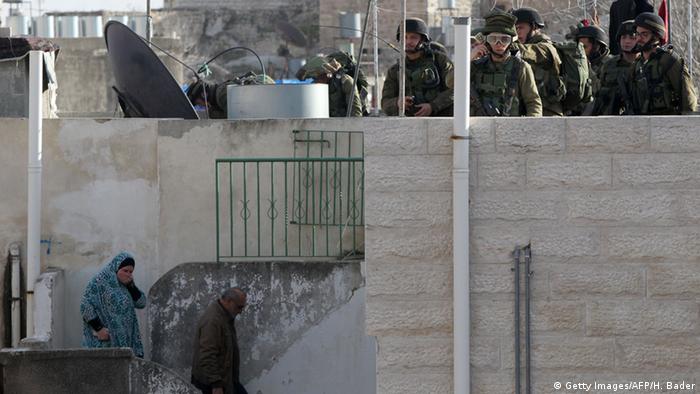 Dozens of Israeli settlers entered two homes in a building in the center of the Palestinian city of Hebron on Thursday, sparking violent clashes over disputed ownership claims, witnesses told news agencies. 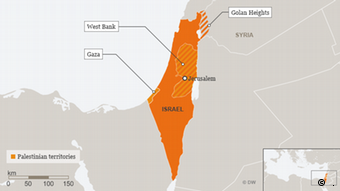 "A group of dozens of settlers accompanied by rabbis broke into a building on Shuhada Street," Jawad Abu Eisheh, an activist with the local Youth Against Settlements group, told the news agency AFP on Thursday. He added that Palestinians lived in the building, described by some settlers as empty.

Israeli forces were deployed to protect the settlers. Some demonstrators threw stones and soldiers, in turn, used sound grenades, taking a number of injured Palestinians to the hospital, AFP reported. An army spokeswoman said the clashes subsided later.

Hebron, where Israeli troops guard more than 500 settlers surrounded by 200,000 West Bank residents, has become a frequent flashpoint of violence. The West Bank in general has seen attacks by settlers on residents and vice versa, with Israeli soldiers frequently intervening. Palestinian officials have accused the military of violating international law with a recent raid on a West Bank hospital.

Many nations consider Israel's settlements in the West Bank, seized by the country in the 1967 war, illegal. However, Yishai Fleisher, a spokesperson for the local settler community, said Israelis had bought the homes from the residents legally and given them time to evacuate. Palestinian law forbids the selling of homes to Israeli settlers.

Defense Minister Moshe Yaalon would have to approve the settlers' move, which would in effect expand the boundaries of Israel in Hebron. Fleisher said settlers did not coordinate the move with the army beforehand "for fear of leaks and efforts to try to stop it."

"I call on the defense minister to give the settlers all the help he can, and not give in to the pressures of the Palestinian rioters," Israeli Immigration Minister Zeev Elkin said on Thursday. Elkin also praised Hebron's settlers for "the determined move to expand the Jewish presence in the City of the Patriarchs."

A police spokeswoman said that a court-issued order had "frozen the situation" until a final decision.