The new deal may be watered down compared to the 2015 original, Israeli Prime Minister Naftali Bennett said. At the same time, Israel believes lifting sanctions on Iran could increase financing for terrorism. 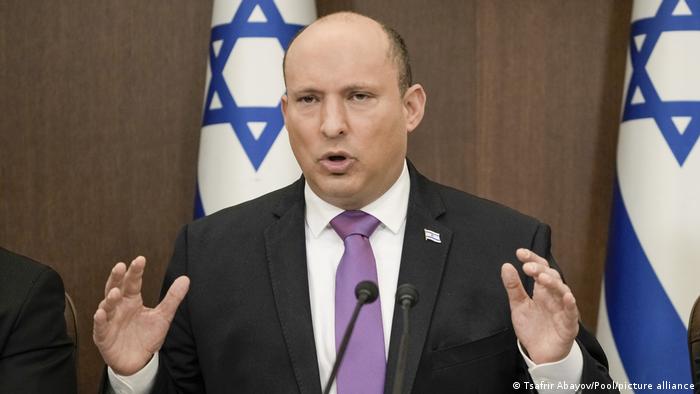 Naftali Bennett has previously been a strong opponent of the JCPOA

Israeli Prime Minister Naftali Bennett said Sunday that Iran may "shortly" agree a new nuclear deal but warned it will be "weaker" than the original 2015 agreement.

World powers have been negotiating in Vienna in a bid to revive the deal known as the Joint Comprehensive Plan of Action (JCPOA), which gave Iran sanctions relief in exchange for curbs on its nuclear program.

Israel vehemently opposed that accord and has urged negotiators to take a hard line against Tehran in the current round of talks.

"We may see an agreement shortly," Bennett said, adding that the new arrangement "is shorter and weaker than the previous one."

Bennett has been a staunch opponent of the JCPOA and repeatedly warned any revenue Iran garners as a result of new sanctions relief will be used to purchase weapons that could harm Israelis.

"This money will eventually go to terrorism," he reiterated Sunday.

Bennett has said Israel will not be bound by a reinvigorated deal and will retain the freedom to act against Iran.

"We are organizing and preparing for the day after, in all dimensions, so that we can maintain the security of the citizens of Israel on our own," he told his cabinet.

German Chancellor Olaf Scholz said on Saturday that there "was the chance to reach an agreement that will allow sanctions to be lifted," raising hopes of a revival.

Nevertheless, the German leader said the talks remained on a knife edge, as he claimed global powers were approaching "the moment of truth."