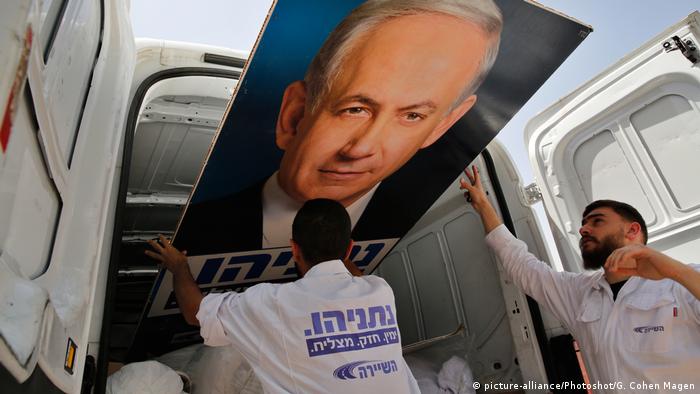 Israel's parliament, the Knesset, has voted to dissolve itself, sending the country to an unprecedented second snap election this year after Prime Minister Benjamin Netanyahu was unable to establish a majority coalition by a midnight deadline.

Parliament voted 74-45 in favor of dissolving itself and setting elections for September 17.

Netanyahu appeared to have secured a record fifth term as prime minister after his Likud party won 35 of the Knesset's 120 seats in Israel's April 9 election. However, he failed to establish a parliamentary majority after weeks of difficult negotiations with far-right groups.

The Likud party advanced the bill to dissolve parliament and send the nation to the polls to avoid giving President Reuven Rivlin the opportunity to appoint another member of parliament to try to form a coalition.

That pick would have most likely been opposition leader Benny Gantz, who accused Netanyahu of choosing self-preservation instead of letting the political process develop.

Lieberman's primary condition for joining Netanyahu's coalition was the passage of legislation that would end an exemption on ultra-Orthodox Jews being drafted into the Israeli army. The ultra-Orthodox parties have insisted the exemptions stay in place, concerned that military service will lead to immersion in secularism.

Lieberman has held a number of senior Cabinet posts, including those of defense minister and foreign minister, under Netanyahu. He has also taken a hard line against Palestinians.

A deeper issue for Netanyahu is his legal troubles. The prime minister is facing a likely indictment on corruption charges in the coming months. The charges reportedly include bribery, fraud and breach of trust.

Netanyahu wants his coalition partners to pass legislation that would grant him immunity and weaken powers of Israel's Supreme Court. Opposition parties have strongly opposed granting immunity, and thousands have demonstrated against the plan. A return to the polls could weaken Netanyahu's attempt to get immunity legislation passed.

The prime minister's wife, Sara Netanyahu, has been dealing with legal troubles of her own. On Wednesday, she reportedly reached a plea bargain with prosecutors over accusations that she used state funds to fraudulently pay for hundreds of meals.

She had been charged in June 2018 for allegedly misusing $100,000 (€85,000) in state funds to pay for catered meals, falsely declaring that there were no cooks available at the prime minister's official residence.

Israeli media reports said she agreed to pay the state 45,000 shekels ($12,440; €11,160) in reimbursement and a fine of 10,000 shekels as part of the plea deal. She will also reportedly admit to exploiting the mistake of another person.

The agreement would have to be approved by the court.

Israel's election is slated to be a tight race between Prime Minister Benjamin Netanyahu and Benny Gantz. No matter who wins, there is little reason to believe that a new era is on the horizon, says DW's Peter Philipp. (09.04.2019)

Jews are at risk in Germany, says Jewish council

Germany's central Jewish council has weighed in on the anti-Semitism debate, saying the security situation for Jews has "deteriorated" in major cities. Israel's president has expressed concern over the situation. (26.05.2019)