Israel's health minister, who is also head of an ultra-orthodox Jewish party, has resigned from his post in protest at rail work carried out on the Sabbath. PM Netanyahu's government, however, is not in immediate danger. 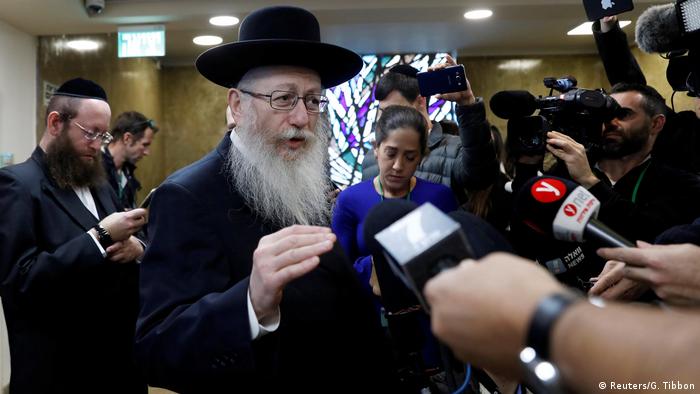 Yaakov Litzman, a rabbi from the United Torah Judaism party, followed through with a resignation threat he made on Friday and stepped down from his ministerial position Sunday over rail work on the Jewish Sabbath.

Litzman said he refused to remain in a government that allowed the "desecration" of the Sabbath with Saturday's maintenance work on a public train line.

Work on the Sabbath, which lasts from Friday evening until Saturday evening, is prohibited under Jewish law. Although no bus or train services are permitted in Jewish cities and towns on Saturdays, maintenance work is usually allowed by the government.

"I tried, in every way, to prevent Sabbath violations by Israel Railways, but having been unsuccessful, I can no longer bear ministerial responsibility for the strong blow to one of the eternal values of the Jewish people — the Sabbath," Litzman wrote in his resignation letter that was later made available to the media.

Litzman's party, which holds six seats in the 120-strong parliament, did not quit the government. Prime Minister Benjamin Netanyahu maintains a coalition majority with 66 seats. Ultra-orthodox Jewish parties provide support to the government, which, in return, allocates funds for their communities.

Netanyahu regretted the decision, describing Litzman as "an excellent health minister who did much for the health of Israel's citizens."

The PM said his government would not dissolve over the issue, adding that the Sabbath was important to all Israelis, as is the need for a "safe and continuous" transportation service.