Israeli city′s decision to twin with Dachau causes controversy | Germany| News and in-depth reporting from Berlin and beyond | DW | 08.10.2009

Many cities throughout Germany have a sister city in Israel. But it hasn't been easy to find a willing partner for the German town of Dachau. 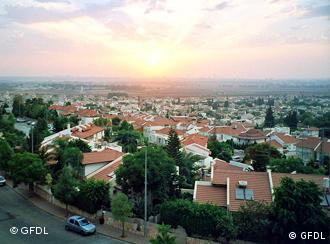 When Dachau's mayor, Peter Buergel, wanted to find a "sister town" in Israel to cooperate with on educational projects, he called up the German-Israeli Chamber of Commerce in Tel Aviv. Could they help connect him with a city or town that wanted to teach its young people about another culture, foster dialogue, and remember history?

For Godel Rosenberg, head of the Chamber, the task was anything but easy. 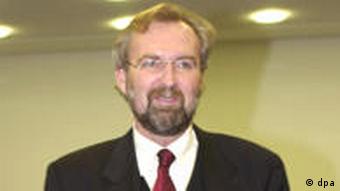 "I discussed the issue with friends of mine and some of them asked me to call them back in about 20 years," said Rosenberg.

For Israelis, the name "Dachau" conjures painful memories of the Holocaust. It is where one of the first Nazi concentration camps was built and where around 43,000 people, many of them Jews, were murdered.

The initial response in Israel to Mayor Buergel's invitation to twin was one rejection after another. Rosenberg said he respected these decisions.

"There is resistance and we understand it, because we have in Israel about 200,000 survivors of the Holocaust and they are emotionally touched," he said.

But then came an unexpected surprise. Mosche Sinai, mayor of Rosh Haayin, a small city east of Tel Aviv, extended an olive branch to Dachau's mayor. He accepted an invitation to visit Dachau in July, and together the two mayors confronted their shared, tragic history as they toured the site of the Dachau Concentration Camp Memorial. 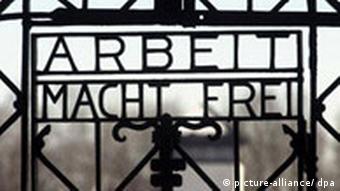 More than 43,000 people were murdered at the concentration camp in Dachau

"It was a very difficult visit for me, but yet, I saw the face of the mayor," said Sinai. "He talked with pain about the past. I met with the people. I met with youth … and I saw the possibility to get together youth from my city, and the city of Dachau, to think about the future, to talk about new leadership, to talk about changing the world…"

During the meeting in Dachau, Mosche Sinai and Peter Buergel solidified their commitment to working together on projects in the fields of education and culture.

"We decided that we want to create a common future of learning and remembrance in Dachau and Rosh Haayin," said Buergel.

There are plans for a school exchange program and various music projects. At the end of October, Peter Buergel and other officials from Dachau will visit Rosh Haayin.

News of the cooperation spread quickly across Israel, and many are angered by Sinai's decision. While the mayor of Rosh Haayin acknowledges that the name "Dachau" is a very sensitive one, he says this initiative is about finding a new way forward.

"This is the main idea: we are talking about people. About people to people; about youth to youth; city to city - and not names," Sinai said.

And many agree with the mayor, according to Rosenberg.

"I think the majority is supporting this idea, but nevertheless, there are people in Israel - they are survivors of the Holocaust; they have emotions. And as we know, emotions - you can't erase by good ideas."

Israel's Holocaust museum Yad Vashem has posthumously awarded the title of "Righteous Among the Nations" to German officer Wilhelm Hosenfeld for helping Jews in occupied Poland during WW II. (19.06.2009)