At least two people have been killed in an Israeli air strike that hit a car in a village in the Golan Heights. The attack came a day after Israel carried out strikes against Syrian army posts in the area. 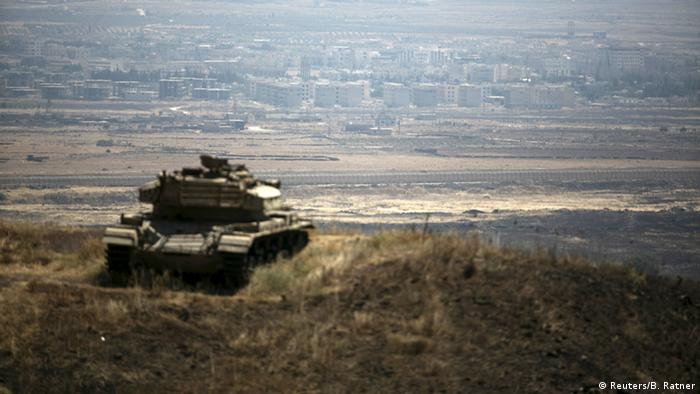 Syrian state television reported that five unarmed civilians had been killed in the strike by an Israeli warplane on Friday. The broadcaster cited an army source, who said the attack had taken place in a village near the town of Quneitra on the Syrian-held part of the Golan Heights.

However, the widely quoted London-based Syrian Observatory for Human Rights said the attack had killed two pro-regime militiamen traveling in a car.

The Reuters news agency, though, cited an unnamed Israeli defense official, who said that four people had been killed in the air strike, all of whom were Palestinian militants from the Iranian-backed group Islamic Jihad.

"We know of at least four of them who were killed," the official said.

The attack came hours after Israel said it had carried out 14 air strikes on Syrian army border posts in what it said was retaliation for rocket fire from Islamic Jihad. At least one Syrian soldier was killed and seven others wounded in the Israeli air strikes, according to a Syrian military source.

Islamic Jihad, which had previously threatened reprisals should one of its activitis in Irsraeli detention die due to a hunger strike, denied responsibility for the rocket fire into Israel, which set off fires but caused no casualties.

The activist in question, Mohammed Allan ended the hunger strike earlier in the week following the intervention of an Israeli court.

"Islamic State" militants have demolished a monastery in Syria and transferred several dozen Christians to a site near its stronghold. Extremists used bulldozers to raze the Christian site to the ground. (21.08.2015)

Israeli PM Benjamin Netanyahu has vowed to find Druze villagers who dragged a Syrian from an ambulance in the Golan Heights and beat him to death. The Druze minority in Syria has been targeted by jihadist rebels. (23.06.2015)