Tens of thousands of Israelis have attended the funeral of ultra-Orthodox Rabbi Shmuel Auerbach who opposed religious students being made to serve in the military. There had been massive demonstrations against the draft. 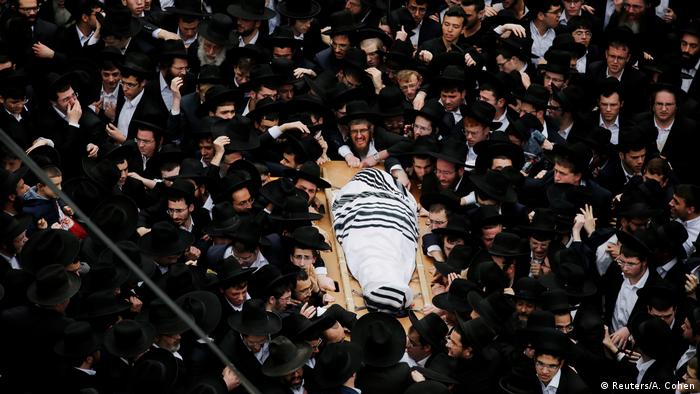 Shmuel Auerbach, who died from a heart attack at the age of 86, led a breakaway faction of non-Hasidic ultra-Orthodox Jews of European descent. He and his followers opposed more mainstream ultra-Orthodox Jewish groups.

Auerbach's hardline group rejected the government's attempts to force ultra-Orthodox students to serve in the military like other students. On his orders, his followers held several protests against such moves.

While mainstream ultra-Orthodox Jewish parties often play an influential political role, groups such as Auerbach's stay away from politics and believe that a Jewish state cannot be formed until the arrival of the Messiah.

Their opposition to military service is also due to their reluctance to adopting a mainstream lifestyle.

Israeli laws require adult Jewish men aged over 18 years, to serve in the military for two years and eight months, while women must serve two years.

Auerbach was buried in the Givat Shaul neighborhood of Jerusalem.

Ultra-Orthodox Jews make up about 12 percent of Israel's 8.7 million-strong population.