Israel's cyber chief has said the country prevented a major cyber attack on its water systems last month. He said it was the first attempt to use cyber technology to disrupt real life. 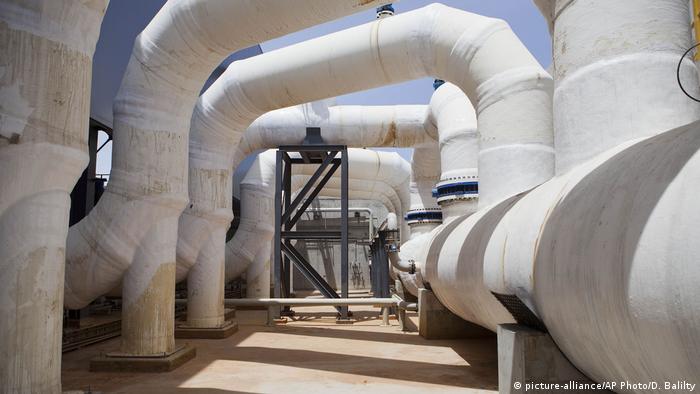 Israel successfully thwarted a major cyber attack against its water systems last month, widely thought to have been the work of its nemesis Iran, Israel's national cyber chief announced on Thursday.

The assault was a "synchronized and organized" attempt at disrupting key national infrastructure, cyber chief Yigal Unna said in a video address to CyberechLive Asia, a digital international cyber conference.

"If the bad guys had succeeded in their plot, we would now be facing, in the middle of the coronacrisis, very big damage to the civilian population and a lack of water and even worse than that," he added.

If Israel's National Cyber Directorate had not detected the attack in real time, chemicals could have been mixed into the country's water source in the wrong proportions, causing a "harmful and disastrous" outcome, Unna said.

His office had released a brief statement after the attack was defused. But Unna's remarks were the first official account of events.

"It is a part of some attack over Israel and over the national security of Israel and not for financial benefit,'' he said.

"The attack happened but the damage was prevented and that is our goal and our mission. And now we are in the middle of preparing for the next phase to come because it will come eventually.''

Unna did not refer to Iran directly in his address, nor did he mention a cyberattack on an Iranian port earlier this month.

That attack is presumed to have been an act of retaliation on the part of Israel.

Israel has not officially commented on the attack on the port. But in a radio interview, former head of Israeli military intelligence Amos Yadlin commented, "The attack displayed the cyber ability of a world power. It appears that this was a clear Israeli message to Iran, don't dare to touch civilian systems, the water and electricity systems in Israel, which were attacked this past month. You, the Iranians, are more vulnerable than we are," he said.

Bitter enemies, Israel and Iran have targeted each other for years with high-tech hacking and cyber attacks.

Unna said the attempt assault on Israel's water systems was the first time in modern history that "we can see something like this aiming to cause damage to real life not to IT or data."

Recent developments had ushered in a new era of cyber warfare, he said.

"Cyber winter is coming, and coming even faster than I suspected," he said. ``We are just seeing the beginning.''