Israel says it will summon Sweden's ambassador after the Nordic country announced plans to recognize the state of Palestine. Sweden would be the first long-term EU member country to take such a step. 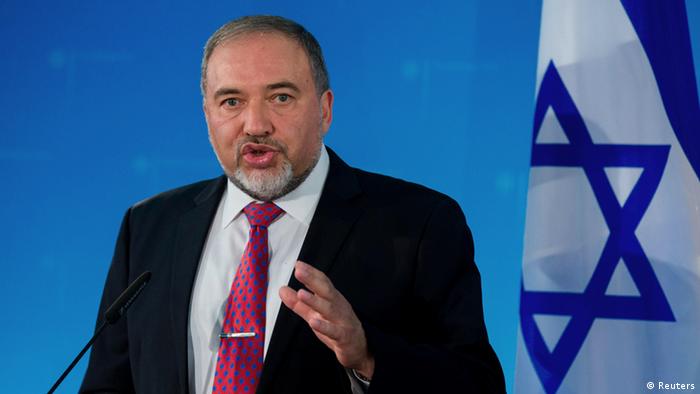 Israeli Foreign Ministry spokesman Emmanuel Nahshon said Sunday that Sweden's ambassador to Israel would be summoned on Monday for a "conversation" in Jerusalem.

The invitation follows strong criticism leveled by Israeli authorities against the Swedish government's decision to recognize Palestine as a sovereign state.

In a statement issued late Saturday, Israel's Foreign Minister Avigdor Lieberman (pictured) said he "regrets" that Sweden's new prime minister "was in a hurry to make statements on Sweden's position regarding recognition of a Palestinian state, apparently before he had time even to study the issue in depth."

Lieberman added that Sweden's government "must understand that no declaration nor move by an external player will replace direct talks between the sides."

Palestinians have long lobbied foreign countries for recognition of their claim to statehood in the Israeli-occupied West Bank, East Jerusalem and the blockaded Gaza Strip. And although the United Nations General Assembly approved de facto recognition of Palestine in 2012 - a move that Sweden supported - the European Union is yet to follow suit.

On Friday, Swedish Prime Minister Stefan Löfven, a Social Democrat who was elected last month, told lawmakers during his inaugural address to Stockholm's parliament that his government would take the step.

"A two-state solution requires mutual recognition and a will to peaceful co-existence. Sweden will therefore recognize the state of Palestine," Löfven said.

Sweden would become the first long-term EU member to recognize Palestine. EU nations Bulgaria, Cyprus, the Czech Republic, Hungary, Malta, Poland and Romania have already recognized a Palestinian state, but they did so before joining the 28-member bloc. More than 130 other countries also recognize Palestine as a state.

Löfven's announcement was warmly welcomed by the Palestinian President Mahmoud Abbas, who described it as "great and honourable" and said he hoped other countries would follow suit, according to the official Palestinian news agency WAFA.

But the US said the decision came too soon: "We believe international recognition of a Palestinian state is premature," US State Department spokeswoman Jen Psaki said.

Israel says it wants to resume peace talks with Abbas, but has demanded he dissolve a unity government formed in June with his own Fatah party and Hamas Islamists, who control the Gaza Strip and call for Israel's destruction. There have been several wars between Hamas and Israel. More than 2,000 people were killed in the most recent conflict which lasted more than 50 days in July and August.

Palestinian President Mahmoud Abbas has threatened to break off a unity agreement with the Islamist Hamas movement if it does not allow the new government to operate in the Gaza Strip. (07.09.2014)