Hundreds of refugees have been freed from a detention center in southern Israel after the country's high court limited the period migrants can be held. 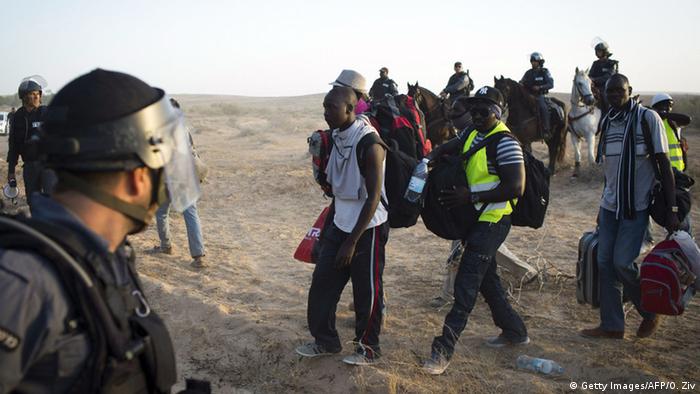 The Israeli government was forced to release hundreds of African asylum seekers on Tuesday from a holding facility in southern Negev desert.

Current Israeli law allows refugees to be detained without charge. The High Court of Justice struck down part of the legislation permitting Tel Aviv to hold people without charge for 20 months. The high court upheld the controversial law, but declared the nearly two-year period unconstitutional. The ruling implemented a new 12 month limit on effective incarceration Wednesday.

Roughly 1,200 people are scheduled for release from Holot, the remote desert detention center near the border with Egypt. Asylum seekers will be permitted to leave during the day, but are obliged to sign in several times per day and to sleep in the barracks. These controls make it impossible to find employment or leave the vicinity. Another 500 individuals remain in detention.

The judiciary has repeatedly shot down attempts to introduce tougher anti-migrant legislation as Israel tries to cope with an influx of migrants.

The conservative government of Prime Minister Benjamin Netanyahu was given 15 days to implement the decision that all refugees held for longer than one year must be freed before the Wednesday deadline.

A total of 1,178 migrants are set to be discharged from Holot. Half will be released on Tuesday and the rest on Wednesday, according to Israel Prison Service spokeswoman Sivan Weizman.

Asylum seekers were told not to travel to Tel Aviv or Eilat, a southern resort on the Red Sea. Both cities have a healthy migrant population, and the government fears overcrowding. However, it is uncertain how Tel Aviv will enforce such stipulations.

The detainees were provided with one day's worth of food and water as well as medicine for three days, Weizman said, before being expected to be self-sufficient with temporary residence permits. 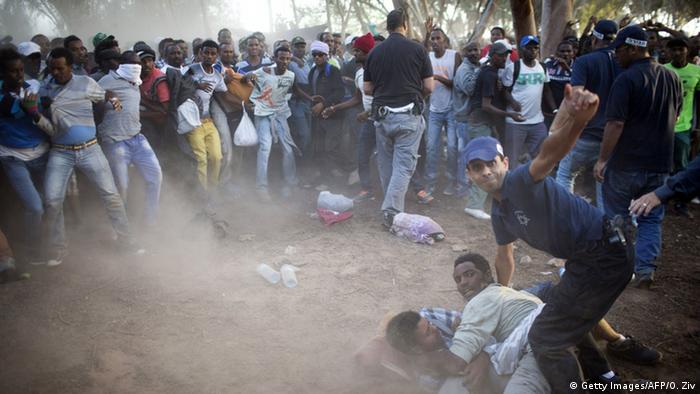 Israel's treatment of asylum seekers has come under fire from the high court and international rights groups.

Many of Israel's more than 50,000 asylum seekers are from conflict-ridden Eritrea and Sudan. They often enter Israel via the Sinai Desert that runs along the border with Egypt.

Migrants say they are seeking refugee status after fleeing war and persecution. The Israeli state believes they are economic migrants looking for work.

Netanyahu's government built a fence along the border in late 2013 in an effort to deter people from entering its territory. Israel has also built detention centers nearby.

Human rights groups continue to slam Israel's treatment of migrants, calling the reception center of being a prison, due to the strict controls imposed on migrants and its remote location.

Israel has also reached agreements with two African countries, including Rwanda, to relocate asylum seekers from Israel in exchange for economic benefits. The program claims to ensure migrants a visa and the right to work in the third country.

Thousands of African migrants have again taken to the streets of Tel Aviv to protest against Israel’s new detention law. This was the largest demonstration by the migrants, who entered the country illegally. (05.01.2014)