Benjamin Netanyahu has lost his mandate to form a government after failing to reach a deal. The president has requested that his opponent Yair Lapid now make an attempt. 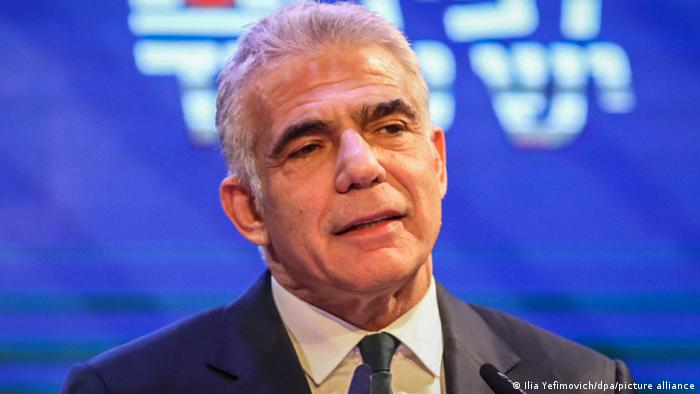 It came after  Prime Minister Benjamin Netanyahu failed to establish a governing coalition by a midnight deadline.

Rivlin said he had consulted with all parties in the Knesset, and that Lapid had the best chances of forming a government.

"It is clear that Knesset member Yair Lapid has a chance to form a government that will earn the confidence of the Knesset, even if the difficulties are many," Rivlin said.

Lapid now has four weeks to reach a deal with other parties.

He said he would act quickly to form a unity government "as soon as possible, so we can get to work for the people of Israel."

Israel's Netanyahu back on trial

Why was he picked?

Four consecutive elections in the past two years have led to a deadlock. Following the March 23 elections, Netanyahu tried again to form government, even reaching out to the leader of a small Islamist Arab party, but ultimately failed.

Lapid leads the opposition Yesh Atid party, which is popular with secular and middle-class voters. It has been critical of Netanyahu's ties to ultra-Orthodox parties and called his resignation over corruption charges.

Yesh Atid came in second in the latest election, winning 17 parliamentary seats to 30 for Netanyahu's Likud.

The 57-year-old former journalist once served as finance minister, but he did not get along with Netanyahu and the coalition crumbled.

Netanyahu is Israel's longest-serving prime minister, holding the post for a total of 15 years, including the past 12.

The president has a largely ceremonial role, but is responsible for helping the country form a government.

Lapid has been speculated to be considering a power-sharing agreement in which the centrist would rotate in office with ultranationalist Naftali Bennett, 49, of the Yamina party.

Despite giving Prime Minister Benjamin Netanyahu the opportunity to form a government, Israel's president said that "no candidate has a realistic chance" after the country's latest inconclusive election.