Israel says it has responded to Palestinian rocket strikes from the Gaza Strip. The fresh violence comes amid two nights of unrest between Palestinians and Israelis in Jerusalem. 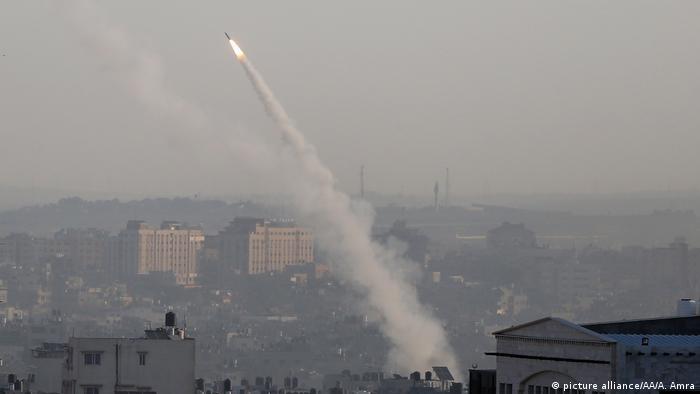 The Israeli military struck targets in the Gaza Strip early on Saturday in retaliation for a rocket attack.

The latest exchange of fire followed unrest in Jerusalem over the last two nights, during which dozens of Israelis and Palestinians were injured.

The army said it hit underground infrastructure for Hamas and rocket launchers in Gaza "in response to rockets fired at Israel throughout the night."

At least 36 rockets were launched from the Palestinian territory, the Times of Israel reported.

Some rockets exploded before reaching Israeli territory while air defense intercepted others, Israel said. There were no reports of injuries on either side.

The army said earlier that Israeli families had taken cover in bomb shelters as rockets were fired towards southern Israel from Gaza.

The Associated Press reported that warning sirens were blaring in southern Israel.

A small militant group affiliated with the leftist Popular Front for the Liberation of Palestine said it fired some of the missiles, according to the AP.

What is happening in Jerusalem?

Dozens of Palestinians rallied in Jerusalem late Friday and clashed with Israeli police.

In recent days, clashes have escalated in Jerusalem between Palestinians and right-wing extremists. Israeli police said on Friday they arrested 44 people in clashes that injured 20 officers.

Jewish extremists had held an anti-Arab march nearby. Palestinians have also accused Israel of preventing them from holding their traditional Ramadan gatherings at the Damascus Gate. 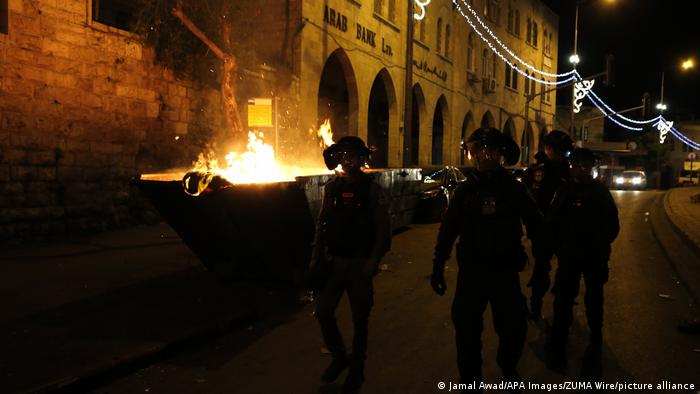 Jerusalem is sacred to Jews, Christians and Muslims and has long been a flashpoint in the Israeli-Palestinian conflict.

What did Hamas say?

The Jerusalem tensions sparked outrage in Gaza, with Hamas — the Islamist movement that rules the enclave — warning Israel "not to test its patience" and militants firing rockets into Israel late Friday through Saturday morning.

Gaza's rulers did not claim responsibility for the attacks, but blamed Israel for the escalation, local media cited a senior Hamas official as saying.

Hamas had called for protests across Gaza after Friday prayers, reiterating its support for armed struggle.

"After a long series of protests and demonstrations, we have reached the conclusion that without weapons, we cannot liberate our land, protect our holy sites, bringing back our people to their land or maintain our dignity,'' the AP quoted senior Hamas official Mahmoud Zahar as saying.