Benjamin Netanyahu claimed a "huge win" after initial exit polls put his Likud party in the lead. However, his camp is likely to fall short of a majority, setting the stage for yet another deadlock.

As the polls in Israel for the country's fourth election in two years closed on Tuesday, the political future of Prime Minister Benjamin Netanyahu remained unclear.

Voting stations closed at 10 p.m. local time (2000 GMT). Initially, exit polls released by Israeli broadcasters projected Netanyahu's right-wing Likud party would take between 31 and 33 seats in the Knesset with rival Lapid Yesh Atid winning 16 to 18 seats. Early on Monday, however, updated exit polls gave the pro-Netanyahu and the anti-Netanyahu camp more or less equal number of seats which would leave them both without a majority.

Both sides would likely have to court Naftali Bennett, a former Netanyahu ally who now has strained relations with the prime minister. Forecasters suggest Netanyahu could have a tough time building a coalition government. 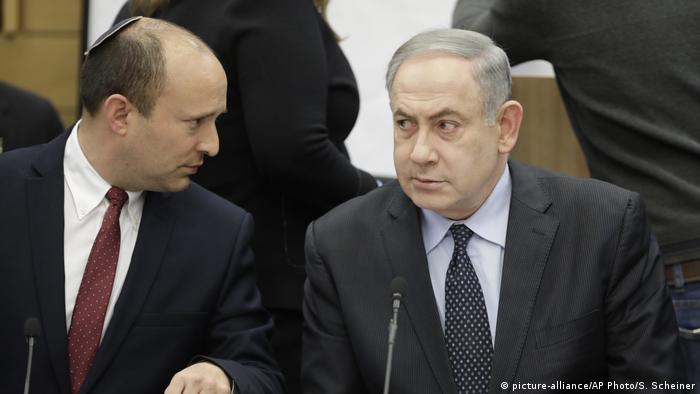 Numbers were continuing to shift early Wednesday and the exit poll projections could still change. The final results may not be known until later in the week.

With 61 seats needed for an outright majority in the 120-seat parliament, it could be several days before a government is formed. Unless the coalition-building talks manage to break the stalemate, Israel might be headed for yet another vote — an unprecedented fifth consecutive election in the bitterly divided country.

Based on the initial exit polls, Netanyahu described the election as a "huge win" for the right-wing.

Voters have "given a great victory to the right and to the Likud under my leadership," he said in statements on Facebook and Twitter. Many have said the battle is too close to call, with the coronavirus pandemic and the economy central to the outcome

However, he did not repeat his claims of victory in the subsequent election night speech.

"I will reach out to all elected officials who share our principles. I will not exclude anyone," he told supporters, in an apparent nod to Bennett.

"At the moment, Netanyahu doesn't have 61 seats," the former television anchor said. Addressing supporters in Tel Aviv, Lapid also said he has "started speaking to party leaders and we'll wait for the results but we'll do everything to create a sane government in Israel."

"It's going to be very very narrow if you look at the exit polls," she said, adding that Netanyahu will likely have to secure support from another party outside the allies in his camp.

"If you look at the last election, Likud did much better at that time. He lost a couple of seats and it will be even more difficult now to form a coalition," she said.

Krämer noted that experts had expected Netanyahu's party could get a boost due to Israel's speedy coronavirus vaccination drive. The prime minister moved quickly to secure enough vaccines for the entire country. In three months Israel has inoculated roughly 80% of its adult population, a pace unmatched by any other country in the world. As a result, restaurants, and stores have opened just in time for election day.

"But it might not have made so much of a difference for him now in this election campaign," she said.

What was Netanyahu's strategy?

In contrast to past elections where Netanyahu faced clear rivals, this time an array of parties are trying to unseat him, albeit many of which share similar ideals.

Netanyahu is deliberately seeking "a right-wing religious government out of personal interest" because "he is challenged not by one large centrist opposition party, but by many parties, also from the political right," Steffen Hagemann from Germany's Heinrich-Böll Foundation told DW.

Speaking prior to the polls closing, Hagemann said Israel's vaccination rollout, which Netanyahu has branded as a success story, is what the incumbent hopes will see him over the line.

Netanyahu has tried to portray himself as a global statesman, pointing to the four diplomatic accords he reached with Arab nations in 2020. Those agreements were brokered by his close ally, former US President Donald Trump.

What are Netanyahu's opponents saying?

Netanyahu's opponents include a trio of former aides who share his nationalistic ideology but object to what they say is an autocratic leadership style.

They posit Netanyahu has failed in many aspects of the pandemic, particularly by allowing his ultra-Orthodox allies to ignore lockdown rules and fuel a high infection rate.

Over 6,000 people in Israel have died from COVID-19, and the economy remains in trouble with double-digit unemployment.

They also point to Netanyahu's corruption trial, saying someone who is under indictment for serious crimes is not fit to lead the country. He is the first Israeli prime minister to be indicted while in office and has been charged with fraud, breach of trust and accepting bribes — allegations that he denies.

The once-dominant Israeli Labor Party has struggled in recent years to stay relevant. But, following the election of lawmaker Merav Michaeli as its new leader, the party could be heading for a revival.

German and Israeli presidents discuss Middle East and the coronavirus

Frank-Walter Steinmeier welcomed counterpart Reuven Rivlin to his home to discuss Germany's relations with Israel, the situation in the Middle East and how to combat the coronavirus.

The fragments of the biblical texts are believed to have been stashed away in a cave during an armed Jewish uprising against Rome.