Israel has barred Nobel laureate Günter Grass from entering the country, after the author wrote a poem in which it is depicted as endangering global peace. Grass says he is a friend to Israel despite his comments. 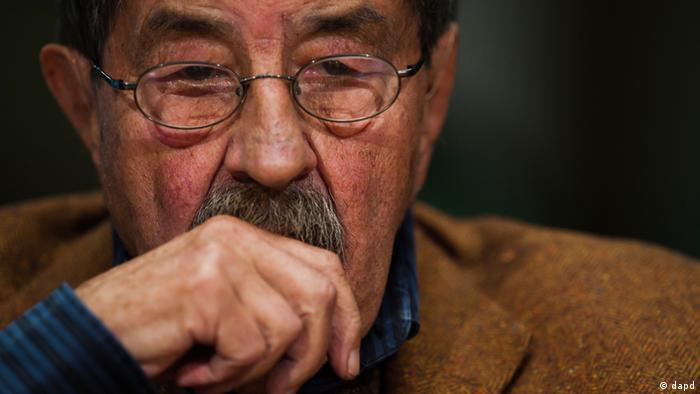 Israel's interior minister, Eli Yishai, said on Sunday that Grass was no longer allowed to enter the country.

"Günter's poem is an attempt to fan the flames of hate against the state of Israel and the Israeli people," he said in a statement. "If Günter wants to continue disseminating his distorted and mendacious works I advise him to do it from Iran where he will find a supportive audience."

In the verses published last week, titled "What Must Be Said," Grass said Israel must not be allowed to launch military strikes against Iran over fears that Tehran is building nuclear weapons.

Israel has threatened to take military action against Iran to halt what Prime Minister Benjamin Netanyahu has described as a threat akin to the Holocaust.

Iran claims its nuclear program is solely for civilian purposes. It has, however, called for Israel's destruction and questioned the Nazi genocide.

Grass's words have been denounced by mainstream political parties in Germany as well as in Israel, where Netanyahu called the poem "shameful."

"Putting Israel and Iran on the same moral level is not ingenious but absurd," German Foreign Minister Guido Westerwelle told the Bild am Sonntag newspaper.

Support for the author came from what may seem an unlikely source, the organizers of Germany's traditional Easter peace marches.

Banners at one of the approximately 70 demonstrations, in the northern city of Bremen, read "Thank you Günter Grass," and "Günter Grass is right."

"What Grass kicked off can't simply be swept under the target as being anti-Semitic," Willi van Ooyen, a spokesman for the organizers said.

Van Ooyen described the move by Israel to declare Grass persona non grata as an attempt to stifle public debate, and said the peace movement in Israel held a similar view to the one Grass expressed in the poem.

The author has defended his views, telling the daily Süddeutsche Zeitung he should have made it clearer he was "primarily talking about the [Netanyahu] government."

Grass was long seen as an important leftist voice in Germany, but his moral authority was undermined when he admitted in 2006 that he had been a member of Hitler's Waffen SS. His renowned novel "The Tin Drum", however, remains a major anti-war statement.

Grass received the Nobel Prize for Literature in 1999.

Since the publication of his Israel-critical poem "What Must Be Said," Günter Grass has faced fierce criticism in Germany. The Nobel laureate has now defended himself in numerous interviews. (06.04.2012)