Israeli media say police have arrested several suspects in connection with the murder of a Palestinian teenager that has set off days of rioting. Authorities believe Jewish extremists could be behind the killing. 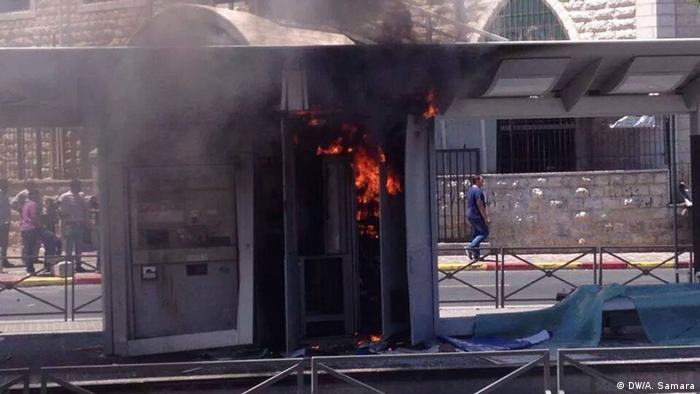 Israeli police have arrested six suspects over the recent kidnapping and murder of a Palestinian teenager, media reports said on Sunday.

Authorities have acknowledged that the murder may have been carried out by extremist Jews in revenge for the abduction and murder last month of three Israel teenagers in the West Bank.

Police said there were "indications that the background to the killing was nationalistic."

The discovery of the burnt body of Mohammed Abu Khdeir, 16, in a Jerusalem forest on Wednesday sparked days of rioting in Arab towns and villages in northern Israel and East Jerusalem.

An autopsy showed he had been burned alive, the Palestinian attorney general said.

A cousin of the murdered youth, US-Palestinian Tariq Khdeir, 15, was arrested during a protest in East Jerusalem. His family says he was severely beaten.

The United States has called for an investigation.

The discovery of the body came a day after the burial of three Jewish teens who were abducted and killed in the occupied West Bank on June 12. Israel has blamed their deaths on the Hamas Islamist group, which however denies any involvement.

On Sunday, Israel flew airstrikes on ten sites in the Gaza Strip in response to rocket fire from the Palestinian enclave that followed a crackdown on Hamas in the West Bank over their alleged abduction of the three Israeli youths. No casualties have so far been reported.

Israeli Prime Minister Benjamin Netanyahu on Sunday told his cabinet that he would "do whatever is necessary" to protect southern Israeli communities that have come under rocket attack. But he also warned against taking any action that could escalate the confrontation with Hamas, which is the dominant force in the Gaza Strip.