Armed factions fighting the "Islamic State" have made inroads in their mission to uproot the militant group. But a US official said the group "will fight hard" to retain its territories in Syria and Libya. 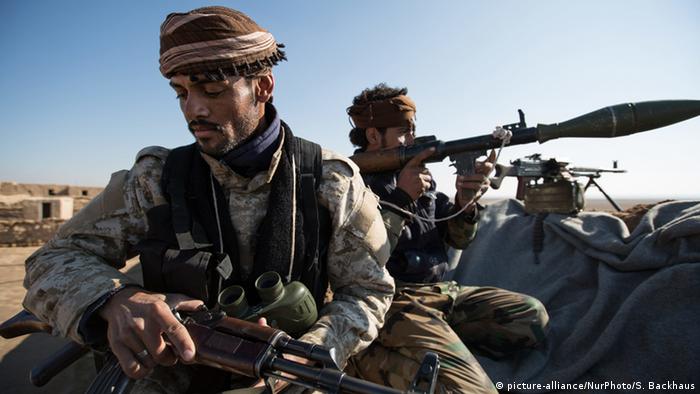 The US-backed Syria Democratic Forces (SDF) alliance is prepared to enter the northern Syrian town of Manbij, a spokesman said on Wednesday.

The SDF made inroads in the past week by advancing to the outskirts of Manbij, where it aims to dislodge the "Islamic State" (IS) militant group in control of the city.

Iraqi troops have advanced on the IS-held city of Fallujah. Militarily speaking, victory appears to be in sight. But new challenges await.

"Any moment that we want to enter it, we can. But because of the presence of civilians … we are being cautious about entering the city," Manbij Military Council's Sharfan Darwish told Reuters news agency.

"I can say that the matter of liberating Manbij is settled," Darwish added. "When the time comes, we will enter it."

Army Colonel Christopher Garver, a spokesman for the US-led military campaign against IS, said the SDF suffered casualties during the weeklong campaign to surround the Syrian city near the Turkish border, adding that about 12 SDF fighters were killed and more than 100 wounded.

"We assess that Daesh will fight hard to retain Manbij," Garver added, referring to the militant group by its Arabic acronym. The militant group's members began evacuating some areas of Manbij, leaving them booby-trapped in their wake, Darwish noted.

"Our forces are in full control of Tagreft barracks, and military engineers are inspecting the zone to clear anti-personnel mines," the forces of the Government of National Unity (GNA), the UN-backed unity government, said in a statement.

In February 2015, IS shocked the world when it released a video showing the execution of 21 Egyptian Coptic Christians in Libya, marking its first major action in the North African country.

In April, US Army General David Rodriguez, who heads Africa Command, said 'IS' has seen the number of its fighters in Libya double in the past year, reaching up to 6,000.

The top commander of US forces in Africa said local militias tried to curb the militant group's presence, but political infighting contributed to a security void across the country.