Ischinger: ′NATO wants dialogue with Russia′ | Europe| News and current affairs from around the continent | DW | 19.04.2016

Wolfgang Ischinger, chairman of the Munich Security Conference, is pleased that talks are again taking place at the NATO-Russia Council. But he warns against unrealistic expectations in a DW interview. 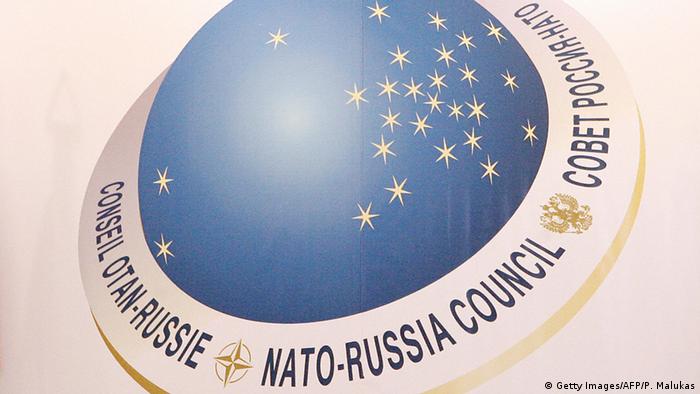 Deutsche Welle: On Wednesday, the NATO-Russia Council will meet again for the first time in almost two years. The Alliance originally broke off contact because of Russia's 2014 annexation of Crimea. On Monday, the Russian media outlet Interfax quoted a source at the foreign ministry in Moscow as saying that NATO's approach has not proven itself and has actually led to a deterioration of the situation. NATO has accepted that fact and now the council has suggested resuming talks. Was NATO wrong to break off contact back then?

Wolfgang Ischinger: The last thing we need in the current situation, the most dangerous there has been since the end of the cold war, is a cheap exchange of propagandistic arguments. It is true - and the Russian ministry is right in pointing this out - that the NATO-Russia Council's decision to suspend its activities in 2014 was not a great moment for diplomacy. I myself was involved in the Council's founding back in the mid-1990s, and it was our intention to create a body designed to work as a crisis management committee.

Over the past few days there have been two so-called "close encounters" in the Baltic Sea between Russian military aircraft and a US warship as well as a US reconnaissance plane. In such situations one false move can quickly lead to an incalculable escalation. 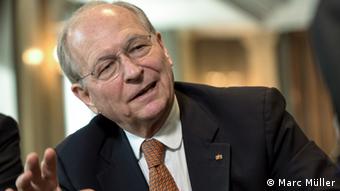 Therefore, it is important that the NATO-Russia Council reconvene. If I were involved in the decision-making process I would say that the first order of business must be the establishment of a much-needed, 24/7 military crisis prevention arrangement. Western and Russian officers have to make sure that such near misses, and the possible misunderstandings that they give rise to, be avoided. That is long overdue, therefore I am pleased that the NATO-Russia Council has resumed its work.

So you believe that the NATO-Russia Council can hinder situations like those of last week in the Baltic?

Certainly not the Council, but it should make it its task to determine which people need to be speaking to one other. Actually we need a common crisis unit.

Why would Russia act as it has in the Baltic of late just prior to the NATO-Russia meeting?

Things look different from a Western perspective than they do from a Russian perspective. And here we must once again realize that we are looking at the same issue we were faced with in Crimea and Ukraine. In such cases, the Russian side says NATO (USA and the West) is worsening the situation through military buildup on NATO's eastern border. We can say that isn't the case, but we have to see that both sides have different perceptions. How can NATO pursue a double strategy: offering our Eastern partners the security they call for on the one hand - rightly so in light of developments in Ukraine - yet at the same time credibly and sensibly signaling to the Russians that they have nothing to fear from the West?

Two themes, more than any other, are on the agenda: Ukraine and Afghanistan. What else should be discussed in your view?

Unfortunately, the NATO-Russia Council has never really played an important political role in the past, so we should not expect more from the Council than it can deliver. The Council is a diplomatic liaison and a means for establishing contact. It will not be able to make operational decisions for the most difficult crises of the day at its first meeting after a long break. If I were to voice one wish on the subject of Ukraine, then it would be that NATO and Russia think about the question of how they can work together to ensure that fair and internationally acceptable terms are created for upcoming elections in Eastern Ukraine. The current OSCE mission there is often kept from doing its work, mainly by separatists. If that is the case, why can't NATO hold serious talks with Russia about whether the mission could also observe the situation on the Russian side of the border?

What signals would you like to see come out of the meeting in Brussels?

I would hope that in the West as well as in Russia the reopening of this channel of communication could be seen as an affirmation of the foundations of the Western strategy: Namely, the determined protection of NATO member states and their territories, but also an open and comprehensive dialogue with Russia, based on the concept of partnership. NATO does not want to create a new East-West border 1,000 kilometers (620 miles) east of the old one that ran through Germany. We want to overcome that border altogether. That is why we need dialogue with Russia. We need to find a way to reduce the poisonous propaganda, and reduce the gestures of military threat against one another. The West cannot do this on its own, Russia has to cooperate. We can only signal a willingness toward building trust and toward dialogue - and hope that Russia sees the reopening of the NATO-Russia Council as just such a signal.

Wolfgang Ischinger is a German lawyer and diplomat. He was state secretary in the German Ministry of Foreign Affairs, and German ambassador in Washington D.C., and London. He has chaired the Munich Security Conference since 2008.

This interview was conducted by Roman Goncharenko.

Russian fighter jets "buzzed" a US naval ship in the Baltic Sea this week. But the aggressive action won't alter US plans to bolster NATO's eastern flank, where allies fear Russian aggression. (16.04.2016)

"There will be a deployment of NATO troops on the territory of the Eastern flank," Poland's Minister of Foreign Affairs Witold Waszczykowski told DW host Michel Friedman on this week's "Conflict Zone." (13.04.2016)