Is there a political way forward for Somalia? | World| Breaking news and perspectives from around the globe | DW | 29.08.2011

Somalia continues to reel from famine and civil war. Deutsche Welle spoke with Somalia expert Markus Höhne about the country's problems and a possible way forward. 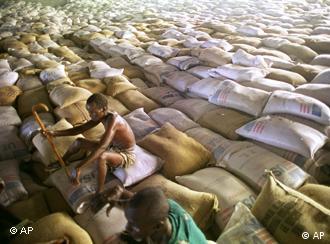 Aid is pouring in for Somali refugees, but it's not enough

According to the UN, some 3.7 million people need food assistance in Somalia, including 450,000 children who are malnourished. Tens of thousands are estimated to have died. Relief aid, while pouring in, is still not adequate and aid groups' work is made difficult by the ongoing conflict in the country between the transitional government and Islamic al-Shabaab militias.

Deutsche Welle spoke with Markus Höhne, a researcher at the Max Planck Institute for Social Anthropology in Halle, Germany. He is a specialist on Somalia and wrote his PhD on state and identity building in northern Somalia.

Deutsche Welle: Mr. Höhne, Somalia has already experienced several periods of serious drought. But what is going on right now in the country has been called by many observers the worst hunger catastrophe in 60 years. What regions are especially hard hit?

Markus Höhne: Regions in southern Somalia which have been wracked by war for years are particularly affected. The war, which escalated in 2006 in southern Somalia and has led to increasing instability, combined with drought has led to the current catastrophe. The Gedo region, for example, and the Bay and Bakol regions as well as areas around Mogadishu have been most affected.

Who is actually fighting whom in this civil war?

On the one side there are the Islamic militias, especially al-Shabaab, who are fighting the Transitional Federal Government (TGF), which was put in place by outside forces. Between 2006 and 2008, the TFG got massive military support from Ethiopia.

After Ethiopian troops pulled out in January 2009, the TFG was primarily supported by troops from the African Union, which have a so-called peacekeeping mission in Somalia called AMISOM. But it isn't really a peacekeeping mission, since the troops' task is to protect the TFG, meaning they fight the al-Shabaab militias. We can't really expect that the transitional government will become established and effective in the foreseeable future. It has very serious deficits. 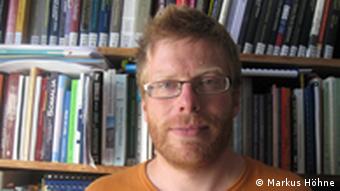 Markus Höhne of the Max Planck Institut for Social Anthropology

These deficits have become very clear over the past few weeks since al-Shabaab militias have not allowed the big aid organizations into the regions hardest hit by famine. Why is al-Shabaab allowing Somalis to starve?

I'm not completely sure if al-Shabaab as a whole is allowing people to go hungry. I believe al-Shabaab is a very heterogenous organization. Some of those in it are extremists who in a very cynical way describe the famine in Somalia as western propaganda. But I think that within al-Shabaab there are forces that are interested in some kind of pragmatic cooperation with western aid groups, but which haven't been able to pursue that goal because the organization is engaged in fights on several fronts.

Al-Shabaab has been weakened, not only because of a current offensive on the part of the transitional government and the African Union, but also due to the famine - their own people are leaving them. I think the organization is split and we can't talk about a united al-Shabaab, we have to differentiate among the various factions.

Right now there are global donation campaigns going on that are bringing food and other relief supplies to Somalia. Are these helping in a significant way?

I think there is still an acute need for relief aid. Donations from individuals are extremely helpful. There are also governments, the EU, the international community and the US which have come forward with millions in aid, but which are still not adequate to cover the basic needs on the ground.

Of course, there's the question about how these funds are being put to use and if they are really benefiting those who are starving. It shouldn't be assumed that every euro donated reaches a person in need. Despite that, there's really no alternative to just continuing to help as one can. I believe that the real tragedy of Somalia is the fact that there's no long-term, open and unbiased political plan on the table.

What could a political plan for a stable Somalia look like?

Well, I think we might have to abandon the idea of having a central governing structure for all of the country. For example, all of northern Somalia, which is about as big as Germany, is very peaceful and the hunger situation there has not escalated as it has in the south. The region calls itself the Republic of Somaliland and declared independence in 1991. While it's not recognized as an independent state, it's functioning quite well as a de facto state.

Also, in the northeast, there is Puntland, another autonomous region. These are two instances that illustrate that a political system over a large swath of land is actually possible in Somalia. So I think a model based on them could be successful. But we need to make sure that the people in charge are accepted by the local population and have a peaceful political agenda. That's also possible with people who have an Islamic agenda. When meeting with them, it's important to say 'you have a certain religious orientation but as long as your goal is not to cooperate with al Qaeda, we can work with you.'

Would part of a political solution be to negotiate with moderate al-Shabaab members?

We have to be very careful with words such as "centrist" or "moderate." What we have in Somalia, even in parts of the transitional government, are extremely conservative Muslims. From our western understanding they are basically fundamentalists. For political reasons, one differentiates between the moderates and the extremists.

But after the current catastrophe, if we want to think anew about the country, I think we have to be realistic and realize that there are simply conservative Islamic elements in the country which have become militarized in recent years and with whom we need to talk. We don't have to talk to people who say they are with al Qaeda, but we have to talk with people who have a genuine interest in Somalia, and that includes people who are members of al-Shabaab.

Some 120,000 refugees fleeing drought and violence are stranded in the Dolo Ado camp on the border between Ethiopia, Somalia and Kenya. Though they're receiving food and medical care, many face an uncertain future. (25.08.2011)

International relief efforts for the starving people of Somalia are being hindered by tribal conflicts. The former head of the United Nations environment program says it's high time for the UN to intervene. (30.07.2011)