′UN must intervene in Somalia,′ ex-German UN director says | World| Breaking news and perspectives from around the globe | DW | 30.07.2011

International relief efforts for the starving people of Somalia are being hindered by tribal conflicts. The former head of the United Nations environment program says it's high time for the UN to intervene. 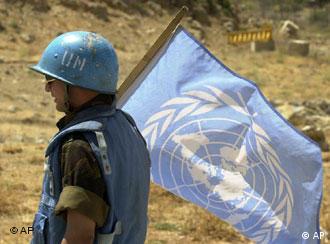 The United Nations must do more to combat hunger in Somalia and other countries on the horn of Africa suffering from the ongoing drought, Klaus Töpfer, former head of the UN environment program, said Sunday.

"Where is the UN's rapid reaction force?" Töpfer asked in an interview with German weekly Bild am Sonntag.

Töpfer, speaking in his current role as vice president of Germany's food aid organization Welthungerhilfe, said attempts to ease Somalia's famine were being undermined by tribal feuding and Islamist fundamentalism. He demanded military intervention from the UN "as soon as possible" to assist international relief efforts. 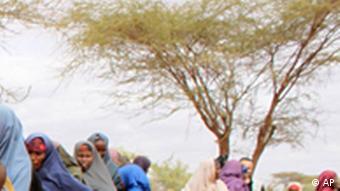 Half the population of Somalia needs humanitarian aid

"National sovereignty is of great value for all countries, of course, but when people are starving as a result, this is where sovereignty ends."

The European Union, meanwhile, has extended its security mission in Somalia to help government forces in the failed state fight insurgents.

The extension came as Somali government forces and African Union (AU) troops battled insurgents in the capital Mogadishu in efforts to secure aid routes for drought and famine victims, a day after UN forces delivered an initial 10 tons of emergency food aid.

Machine-gun exchange was reported in the capital as AU soldiers pushed into several Shabab territories. At least 27 civilians were injured, medics said.

"Our troops have dealt with specific security threats in a short tactical offensive operation," said the spokesman for the AU force in Somalia, Paddy Ankunda, in a statement.

Three positions in the city were taken in a "limited and pinpoint offensive," Ankunda said.

The fresh violence also comes amid continued medical efforts in Somalia, where tens of thousands have already succumbed to the famines, according to a United Nations estimate.

Some 1.5 million Somalis are thought to be internally displaced, including some 100,000 who have migrated to Mogadishu in the last two months. A further 800,000 have fled to camps in neighboring Kenya and Ethiopia.

The United Nations World Food Program said on Thursday it was seeing a surge in donations to help people suffering from drought and famine in the Horn of Africa, as it continued to scale up relief operations. (28.07.2011)