Is the AfD following an anti-European path?

On Sunday, Alternative for Germany became Germany's newest political party. DW spoke with Konrad Adam, one of the founders of the new group, about the party's euroskeptic views. 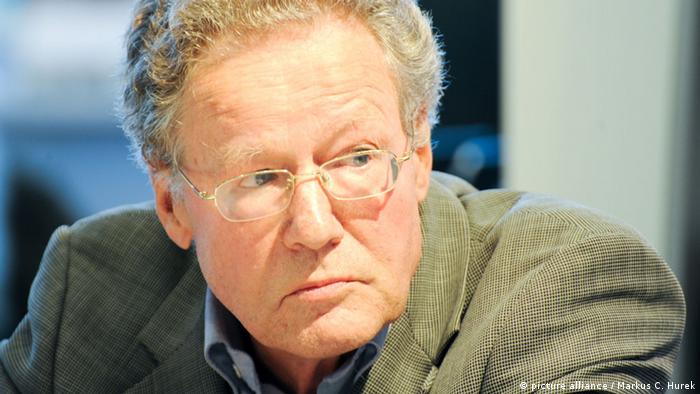 DW: You previously worked as a journalist. Which headline would you have written the day after the founding of the Alternative for Germany (AfD)?

Chancellor Angela Merkel has also said that there is no alternative to the euro as a common currency, the opposite of your view. Have you kept old deutschmark coins or bills?

But you would be happy to reintroduce Germany's former currency. You even opened the party conference on Sunday (14.04.2013) with the words: "We want to save Germany, but not the euro."

Our manifesto states that we're taking a very different position on saving the euro. We're not proposing any particular strategy. We're just saying that the forced union should be broken up. How that happens would be up to negotiation.

We believe that the forced union has had extremely unpleasant consequences, not only for Germany but also for the southern countries like Greece and Cyprus. In contrast to the so-called professional Europeans, we're keeping all of Europe's countries in mind. And we're pleased to have Bernd Lucke, a macroeconomics professor at the University of Hamburg, at the head of the party. 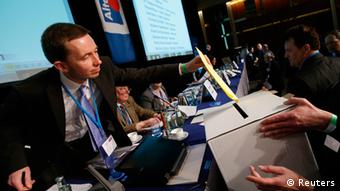 British Premier David Cameron, like us, would also like to re-negotiate the common currency. He has proposed a period of three to four years, after which the people would decide the outcome in a referendum.

You have also criticized the "EU bureaucrats in Brussels," though AfD has not unambiguously spoken out against the European Union. Are you keeping your options open, not to scare away potential voters like the euroskeptics and the nationalists?

We don't want to scare any people away - we want to win them to our cause. Of course, the autocracy of the euro bureaucrats in Brussels has led to absurd consequences. In the Southern European countries, three highways have been built in parallel, cultural centers have been built in areas that are home to nobody, and other such mismanagement. This must be accounted for, and things need to change.

Where do you place the AfD on the political spectrum?

Mr. Lucke, one of our three spokespeople, has clearly stated that "the classical way of ordering things into right or left, conservative or progressive, no longer applies. If you try to order the parties along those lines, you will not succeed. We are committed to reduce this sorry state of affairs, but not using the methods of the current governments, who from one day to another override a legally binding EU treaty, like they did in May 2010 when the Maastricht criteria (Editor's note: the criteria to guarantee national debt and price stability) were repealed.

For decades, German voters were assured that they had nothing to worry about concerning the common currency because of the Maastricht criteria, and this promise was broken on May 10, 2012 (Editor's note: The eurozone states agreed to a rescue package of 750 billion euros ($981 billion) to provide loans and guarantees.). We want to put right this scandalous situation.

Despite the distinctions, you seem to be attracting support from the right side of the political spectrum. You yourself wrote for the weekly newspaper "Die Junge Freiheit," which is under the observation of Germany's domestic intelligence service. Would it not be good for the party to distance itself from this newspaper, to allay suspicions that you're providing a voice for the right-wing radicals and extremists?

You should give the same advice to the former German President Roman Herzog, or Egon Bahr, the right hand of the former SPD Chancellor Willy Brandt during the negotiation of the Eastern European treaties. Both of them were also published in "Die Junge Freiheit." I'm not planning to distance myself from this publication.

Are you now the future voice of those for whom the CDU has drifted too far to the center?

The center? I would say that the CDU is on the way to nowhere. I'm not able to distinguish any particular profile for this party, at least not since Angela Merkel has been at the head.

At the party conference, you showed yourself as being critical of immigration.

We have not definitively spoken out against immigration. We need something more like the Canadian model. Our manifesto makes this very clear.

How do you picture your typical supporter?

He or she doesn't exist. We are often described as a party of professors, but we have support from all walks of life. For the first time, we're seeing widespread unrest in society that isn't being reflected in parliament. We want this atmosphere to be part of the discussion in parliament, and we want its strengths and weaknesses to be examined. This is the meaning of parliamentarianism; this is democracy.

Konrad Adam is on the board of directors of Alternative for Germany. He studied history, philosophy and languages and was awarded a doctorate. Adam has written several books and has worked as a journalist for newspapers like the "Frankfurter Allgemeine" and "Die Welt" as well as for the German Press Agency.

The Social Democrats' party conference over the weekend offered voters another look at Angela Merkel's challenger in the upcoming election. The mood was electric at the event, even for non-party guests. (15.04.2013)

Exclusive: Afghans should be 'sent back at the border,' says AfD lead candidate Tino Chrupalla 02.09.2021

On the day Germany reported a record number of new COVID-19 cases, the country's lower house of parliament has tightened restrictions. Not all parliamentarians were happy, least of all the far-right AfD.