Is Tübingen the model German city during the pandemic? | Germany | News and in-depth reporting from Berlin and beyond | DW | 22.03.2021

Is Tübingen the model German city during the pandemic?

Infection rates are soaring in Germany. The town of Tübingen aims to show that some restrictions can be lifted — with the right testing strategy. 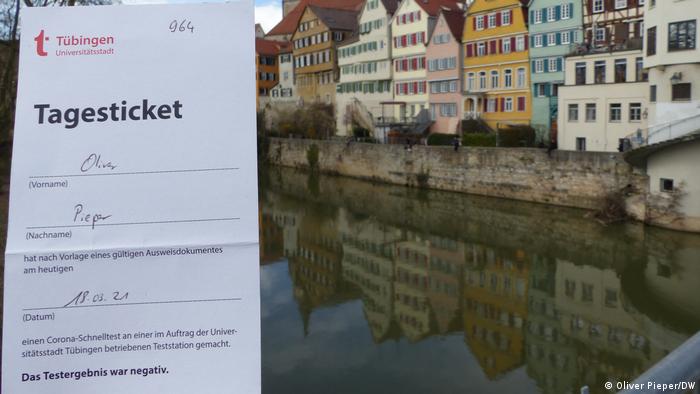 After a forced absence of four months, the Tübinger Zimmertheater is opening its doors to the public again. To get in, theatergoers have to produce a ticket and a negative COVID-19 test.

This city of 90,000 residents has become a ray of hope in the pandemic. The name of the program is "Öffnen mit Sicherheit" (Safely Reopening) and the recipe is tens of thousands of tests. Dieter and Peer Ripberger, the joint directors of the theater, are the first ensemble in all Germany to reopen for audiences, ahead even of Berlin.

"We've been walking on air here for days. It's a nice feeling after four months of reduced hours. When we were lining up for our tests, people were delighted for us: 'It's great that you're allowed open again,'" they say. "But, at the same time, we are aware of the responsibility we bear as part of this model project."

To start with, theaters and cinemas in Tübingen are allowed to open again until April 4. But they may only admit people with a negative COVID-19 test result from the same day. Audience members also have to keep their masks on. 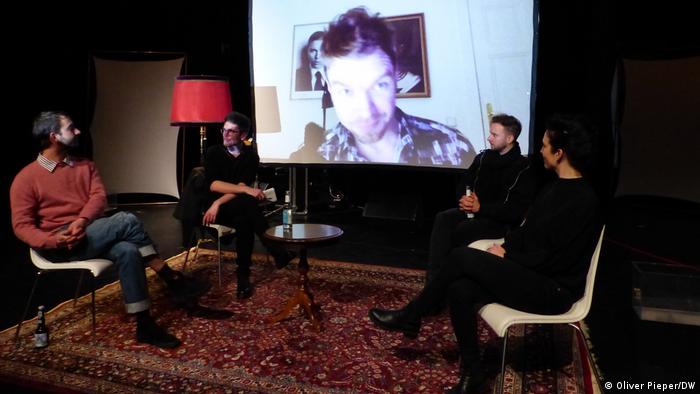 "The Tübingen Model Project works," said the regional government commissioner for the pandemic, Lisa Federle. "We are testing around the clock but the curve is pointed only slightly up despite more diagnosed infections and a lifting of some restrictions. This shows us that it's the right way to approach this crisis."

Federle, herself a doctor, said she became aware early on that the virus could only be tackled through testing until enough people have been vaccinated. 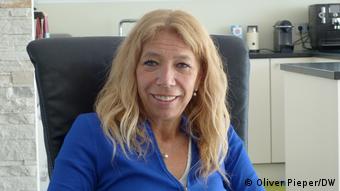 Federle believes in plans to cautiously reopen the city

Tübingen was one of the first cities in Germany to introduce systematic tests in retirement and care homes, back in April last year. It was also at the fore in granting senior citizens free FFP2 masks, while the shops in the city center were also reserved for them in the mornings.

Federle's purpose has taught her to overcome bureaucratic obstacles. She spent her own money on a test and came up with the idea for the pilot project when the seven-day incidence in Tübingen was under 35 cases per 100,000 people. A local businessman put up the initial investment to help finance the plan.

"We can't deal with a crisis in Germany with our laws and regulations," Federle said. "We have no pragmatists in a crisis, and a project like this one in Tübingen wins people over. And, even if it doesn't come off, at least you can say you tried. That's always better than doing nothing."

The University of Tübingen is part of the project. Federle said she wanted to find out whether theaters and cinemas contribute to the spread of the virus or are, in fact, harmless. Federle said a never-ending lockdown was not an option and that people have to be given a prospect of the restrictions being lifted. "Otherwise, we will pay the price in long-term psychological damage that we can't even imagine right now."

When the mayor of Tübingen, Boris Palmer, strolls from the market square to the town hall he generally gets a pleasant reception. 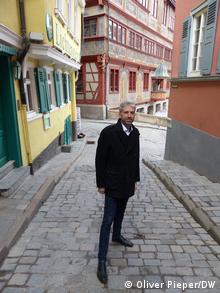 Mayor Boris Palmer has received a lot of positive feedback

"Thanks for your efforts," passersby call from seemingly endless lines for the coronavirus test. A nasal swab restores normal life for a day: a morning out in the town, just like the old days — as normal as brushing your teeth.

"It's going well, almost too well," said Palmer as he looked approvingly at the queue. "But demand for the tests is so high that our task now is to increase capacity past the existing 250,000 tests for the three weeks of the program."

Eight test centers are now in operation, all working six days a week. "If we go better with testing and opening than with not testing and shutting down, then we will have learned a lesson that we can apply to the whole country," Palmer said.

But the incidence rate is rising in Tübingen, too. "If we become the area with the highest incidence despite our testing strategy," Palmer said, "then we will abandon the project."

Waiting for the sun

Theo Kalaitzidis would not like that to happen. He runs a restaurant next door to the Zimmertheater and would stand to benefit if the experiment works. His restaurant and cafe, Collegium, are a well-known meeting place for Tübingen's 30,000 students. Now at least you can sit outside, as long as you have a negative COVID-19 test result. 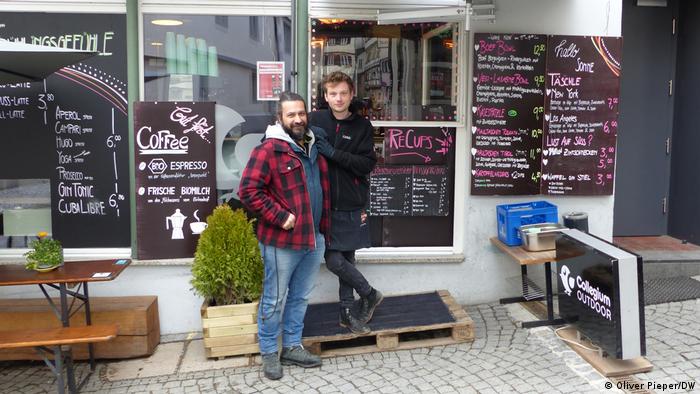 Theo Kalaitzidis runs a restaurant next door to the Zimmertheater

"The first day back was quite hard but every seat that is taken counts. We hope people will get the chance to sit in the sun for the next few days," Kalaitzidis said.

Government aid helped Kalaitzidis keep his head above water during the lockdown but he had to go into his savings, too. He would like to see the project in Tübingen finally get his till ringing again, but he also acknowledges that anything is still possible this year.

"The nightmare scenario is that we have to shut down again for the fall and winter because the vaccination program is too slow or the mutations get the upper hand," he says. "But all going well, the students can start enjoying life again and the busloads of tourists will pull up at the station."

Several German states have called for coronavirus curbs to remain in place into April, according to a draft plan. Top officials are set to discuss the shutdowns on Monday.