Is it acceptable to cremate the Ebola dead if it goes against their human rights? | Science | In-depth reporting on science and technology | DW | 15.10.2014

Is it acceptable to cremate the Ebola dead if it goes against their human rights?

An Ebola patient who died at a Leipzig hospital has been cremated, although his religion forbids it. German officials say it was necessary for public safety and in such cases human rights can be ignored. 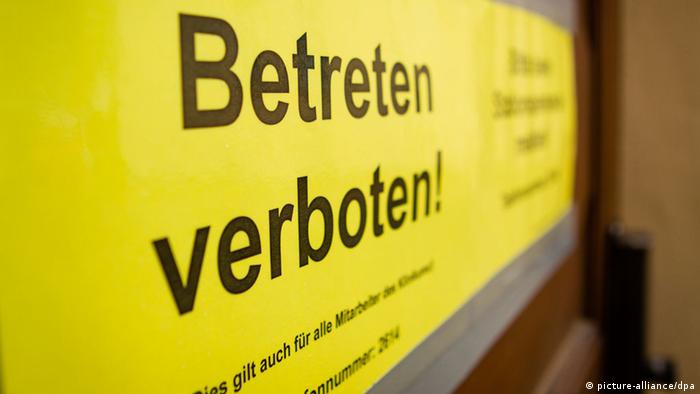 A 56-year-old United Nations employee, who contracted Ebola in Liberia and was treated at the St. Georg hospital in Leipzig, died on Monday night.

The following night, his body was cremated.

The Sudanese citizen was a Muslim. Islam forbids cremation. But soon after the patient's death, officials had made it clear that a burial would be impossible.

"No other alternative can be justified", Matthias Hasberg, spokesperson for the city of Leipzig, told a German news agency.

In emergencies, he said, safety comes first. And the dead body was still infectious.

In Germany, there is no federal law regulating what can be done with the body of a patient who has died of an infectious disease.

Each federal state has its own burials laws.

"Not every single case has been regulated by these laws," Rüdiger Schöneich of the Federal Institute for Occupational Safety and Health says. "But the law gives the ministries the right to adopt corresponding regulations."

According to the law for the federal state of Sachsen - of which Leipzig is a part - the ministries may take " any measures necessary." They can also forbid certain religious burial ceremonies.

"In an emergency, basic human rights like freedom of belief may be overridden," Schöneich says.

Also, in West African countries hit by the Ebola epidemic, officials have forbidden mourners from kissing the deceased, a practice that is otherwise common in some countries. 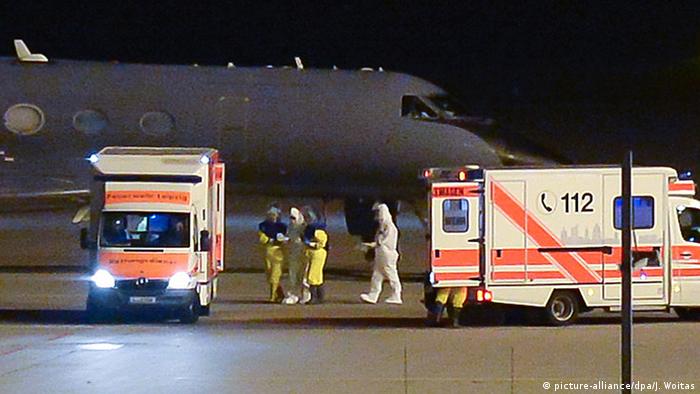 Germany's Federal Office of Civil Protection and Disaster Assistance has published general advice on what to do in cases where there is a "danger to public safety." These are only recommendations, however, not law, a spokesperson for the Federal Office tells DW.

The handbook deals with deadly infectious diseases, which can be transmitted from human-to-human and which are a big danger to the public.

It says embalming corpses "is not allowed." Nobody is allowed to "say goodbye" to the deceased at the open coffin.

The dead body has to be kept in two sets of clothing which are soaked with formalin, a very strong disinfectant. It kills bacteria and inactivates viruses.

The deceased has to be put "in two easily-sealed, liquid-tight body bags made of plastic."

Only when the disinfectant has taken effect can the body be transported and put into a coffin. The coffin has to be labeled as containing a biohazard. 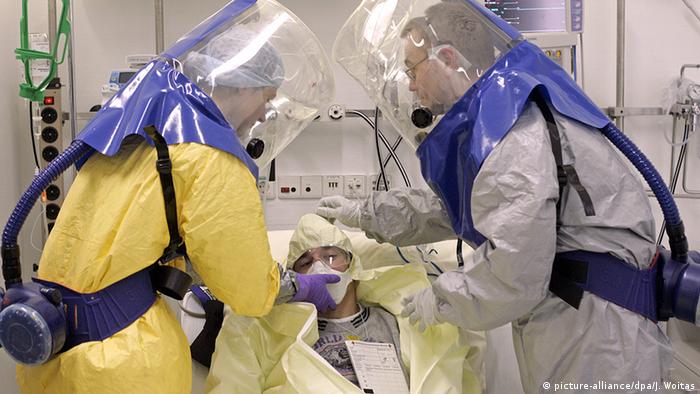 But the handbook doesn't say whether the body should be cremated in every case.

"Cremation is preferable to a burial," it says.

But cremation is safer.

"It is the most effective," says Schöneich.

If there is one thing that viruses cannot withstand, it is heat.

In fire, the complex macromolecules almost instantly decompose past recovery.

Small animals can be dangerous

Simply burying the body of a dead Ebola patient does not mean the virus is gone forever.

"There is a danger that somebody could exhume the body," a spokesperson for the Federal Institute for Occupational Safety and Health says.

Rüdiger Schöneich, though, sees a higher risk in small animals, such as mice and rats. They could bring the virus back to the surface.

"Around the dead buried body is living nature," Schöneich says. "A mouse could dig itself into the coffin."

The animal could then circulate the virus. And it's a risk that cannot be ruled out.

WHO: Ebola spread in Western Pacific would have 'huge consequences'

With the epidemic still expanding geographically, the WHO's Li Ailan tells DW how the organization is working with countries and areas in the Western Pacific region to further strengthen their defenses against Ebola. (15.10.2014)

Second case of Ebola on US soil

Another health care worker has tested positive for Ebola in Texas. The worker at Texas Health Presbyterian Hospital had been caring for the fist Ebola patient diagnosed with the virus in the United States. (15.10.2014)