Earlier this month, Germany's states launched a new attempt to ban the far-right National Democratic Party (NPD). With the NPD now apparently riven by internal strife, might it disintegrate of its own accord? 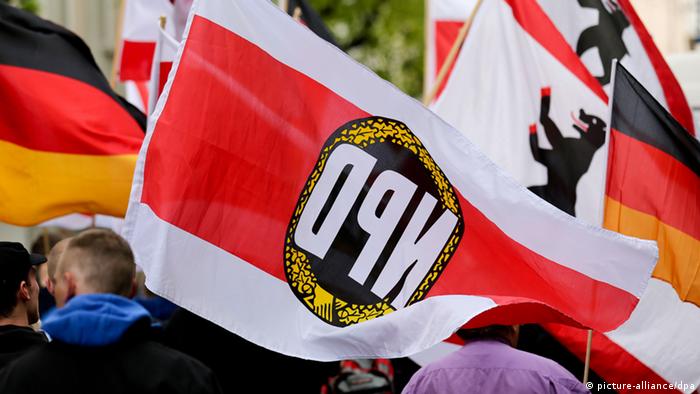 The German National Party (NPD) is in a state of existential crisis. Its money supply has all but dried up, its chairman has resigned, and it once again faces the threat of being banned altogether. "2013 was not a good year for the NPD," says Alexander Häusler, a specialist researcher on right-wing extremism and neo-Nazism at the Düsseldorf University of Applied Sciences.

The party is teetering on the verge of bankruptcy, after a German Supreme Court ruling put an end to the supply of state funding. Technically, like all political parties in Germany that win over a certain amount of votes in national and European elections, the NPD is entitled to receive funding proportional to the number of votes cast in its favor. However, the party has to pay a fine of 1.27 million euros ($1.75 million) after submitting faulty accounting records, which will be taken directly from the funds it would have been entitled to from the state.

Matters have not been helped by the NPD's dwindling popularity with the electorate: In the recent general election on September 22, it only managed to scrape 1.3 percent of the vote. 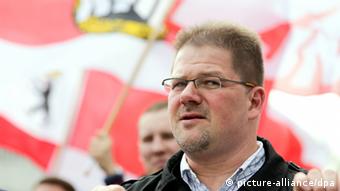 Get out or be thrown out

And now the NPD appears to be in the throes of a power struggle. In mid-December, Holger Apfel stepped down as chairman of the NPD after two years as leader, claiming that he was suffering from "burnout." Shortly afterwards, however, he left the party altogether.

Rumors were rife that he had sexually harassed a male campaign assistant in the run-up to the election. For the homophobic NPD, this was the worst scandal imaginable. It's possible that by resigning and leaving the party, the former chairman simply got out before he was thrown out.

Apfel himself has declared that he was the victim of a "personal hate campaign." One fellow party member is said to have even suggested he commit suicide.

"There's a lot of internal mudslinging going on," says the Düsseldorf researcher Alexander Häusler. Holger Apfel wanted to steer the party in a new direction, Häusler explains, by offering radicalism but concealing it behind a bourgeois facade. Apfel's vision of the party was that it would no longer present itself as openly neo-Nazi. 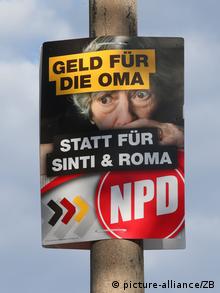 An NPD poster reading, "Money for grandma, not for the Sinti and Roma"

"This made Apfel a lot of enemies within the party," says Häusler, "because the NPD consists to a large extent of convicted violent criminals who clearly follow Nazi ideologies, and who saw this route as a kind of betrayal of the party's orientation."

The political scientist Wolfgang Gessenharter, also an expert on right-wing extremism, takes a similar view, saying, "It seems to me that it's primarily members of the party's executive committee - Udo Pastörs, for example, and others - who disapprove of this 'softening up' of the NPD."

Until now, Udo Pastörs has been the NPD's deputy chairman, and parliamentary party leader in the state of Mecklenburg-Vorpommern. He is regarded as one of the party hardliners and is infamous for his public diatribes. In 2009, he was convicted of hate speech and given a suspended sentence, after insulting Turkish citizens by referring to them as "semen cannons." Pastörs will probably lead the NPD until it elects a new chairman next year, and Wolfgang Gessenharter says he may well secure the succession.

However, he may face competition from another veteran NPD functionary, who seems to be back in the running and about to make a comeback: Udo Voigt, who headed the NPD from 1996 to 2011, and was squeezed out of office by Holger Apfel two years ago. "Voigt never got over being maneuvered out of the leadership," Gessenharter believes. The former chairman has made it clear that he's confident he's still up to the task. 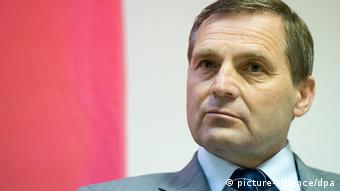 Hardliner Udo Pastörs may assume leadership of the NPD

Fresh ammunition for a ban

But whether 2014 finds Pastörs or Voigt at the head of the NPD, it certainly seems clear that the party's image and direction will change once more.

"Everything points to the NPD dropping its recent facade of apparent seriousness and openly acknowledging its neo-Nazi policies again," says Alexander Häusler. That may provide fresh ammunition for the federal states' application to the Constitutional Court to ban the party altogether, and Häusler estimates that the effort may succeed this time.

Wolfgang Gessenharter, however, is skeptical. It depends, he says, on whether the Constitutional Court is prepared to limit its own clear requirement to preserve the freedom of opinion.

"You can say the most ridiculous or offensive things - as long as it remains at the level of opinion, there's not much the Constitutional Court can do," Gessenharter says. He warns that a second failure to ban the NPD would constitute an absolute disaster for those hoping to put an end to the group.

Germany has long debated whether or not it should ban the far-right NPD, the National Democratic Party, by using its constitutional laws. Each time though, the debate has been thwarted. So can Germany ban the NPD? (03.12.2013)

Germany's states are petitioning the country's highest court for the second time to ban the far-right NPD. Although their motives are commendable, the real problem goes much deeper, says DW's Marcel Fürstenau. (04.12.2013)