Abu Salah, described as the "Islamic State's" finance minister, has been killed by US-led airstrikes. US officials said that they have bolstered efforts to curb the militant group's revenue-generating activities. 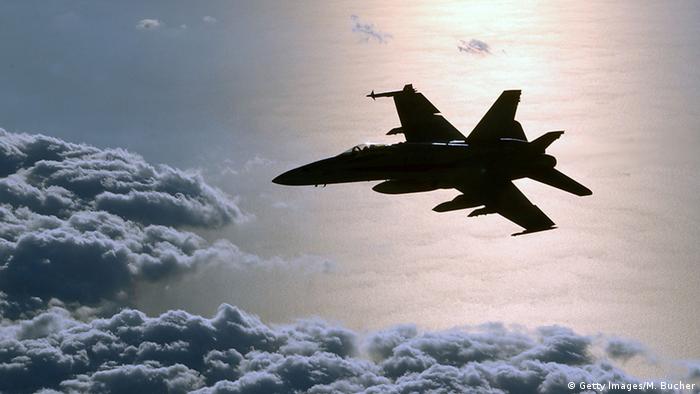 US officials announced the death of three senior "Islamic State" militants by targeted airstrikes in Iraq and Syria last month.

The most prominent executive member of the militant group killed in the attacks was Abu Salah, described by US officials as the "Islamic State's" finance minister.

"He was one of the most senior and experienced members of ISIL's financial network and he was a legacy al Qaeda member," said Army Colonel Steve Warren, a spokesman for the US military, referring to the group by an alternate acronym.

Warren added that Salah was one of three senior members facilitating the militant group's finance network in the past three months.

"Killing him and his predecessors exhausts the knowledge and talent needed to coordinate funding with the organization," the military spokesperson noted.

The other two senior members were identified as Abu Mariam, known for leading the "Islamic State's" extortion networks, and Abu Waqman al-Tunis, who Warren described as an executive officer.

Quadriga - Germany goes to War - At what Price?

Germany goes to war - at what cost?

US officials estimate that the "Islamic State" has gained more than $500 million through black market oil sales and looting bank vaults in territories they occupy, noting that the group has also raised millions through extortion.

"We are targeting both of these dependencies - ISIL's ability to generate revenue, and its ability to use that revenue," said Adam Szubin, the US Treasury's acting under-secretary for terrorism and financial crimes, reported AFP news agency.

It is unclear how effective the operation known as "Tidal Wave 2" has been at curbing the "Islamic State's" black market oil sales, deemed one of its most profitable revenue-generating activities.