China's economic expansion remained stable in the third quarter of 2015, despite a volatile stock market and sputtering exports. But the growth figures have once again turned the spotlight on the reliability of the data. 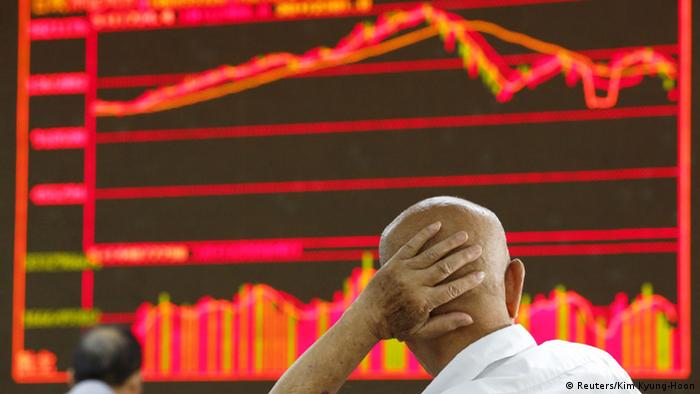 The world's second-largest economy expanded 6.9 percent year-on-year in the third quarter of this year, according to official statistics released on Monday, October 19. The number is slightly lower than the previous quarter's figure of 7 percent, which is also the government's annual growth target for this year.

The lower GDP reading compounds concerns over China's economic downturn and its impact on growth prospects of other countries. The reason for this is that the country's role in the global economy has seen a rapid rise over the past two decades, with China becoming the world's top trading nation, its biggest energy and raw material importer, and one of the major international investors.

Furthermore, China's economy is estimated to have contributed to nearly one-third of world growth over the past several years.

Reflecting China's increased influence over the world economy, the International Monetary Fund recently downgraded its global growth forecast for this year to 3.1 percent, citing the Chinese slowdown along with weakness in Japan and Europe as well as a downturn in commodities-exporting nations. 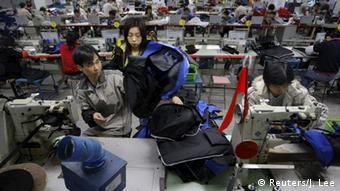 Following more than two decades of rapid GDP growth that transformed the East Asian giant from a predominantly agrarian society into an industrial manufacturing powerhouse, the Chinese government has recently been striving to transform the economy from an export-oriented one to one driven by domestic demand.

Analysts say the restructuring has impacted growth. But Chinese policymakers have so far remained determined to carry out the economic overhaul even at the cost of a temporary slowdown. The economy also faces an array of other problems such as excessive debt levels, overcapacity in manufacturing, and a high reliance on the construction sector.

Moreover, analysts at global bank Credit Suisse believe that China is undergoing a "triple bubble" - a combination of the third-largest credit bubble, the biggest investment bubble and the second-biggest real estate bubble of all time.

For instance, private sector debt amounts to 196 percent of China's GDP, 40 percent above its long-term trend, analysts at Credit Suisse's global research team wrote in a report published in July.

Given the number of issues, there are growing fears these vulnerabilities could lead to a major economic crisis. Compounding investors' concerns is the complexity of discerning the health of the Chinese economy.

China's statistics agency has said that the economy slowed down in the third quarter of the year, posting 6.9 percent growth. However, domestic retail sales witnessed a steady rise, subduing a sharp economic downturn. (19.10.2015)

Consumer prices in China have eased while producer prices extended their slide for a 43rd straight month. The weak data compounded worries over deflationary pressures in the world's second-largest economy. (14.10.2015)

Chinese imports have plummeted in the past few weeks, adding to the Asian nation's current economic woes. Exports also dipped on falling demand for some commodities, but to a far lesser extent, Beijing reported. (13.10.2015)

As part of its economic reform plan, Beijing has committed itself to delivering economic data that meets international best practices after doubts have emerged that the country's growth figures might not reflect reality. (08.10.2015)

While the country's National Bureau of Statistics (NBS) collects data from various sources to calculate the nation's economic output, many remain skeptical about the reliability of these figures. They argue there is a mismatch between the GDP figures and other economic indicators.

China's Prime Minister Li Keqiang even said once that the figures that go into measuring the country's GDP are "for reference only," and that he preferred not to rely on them. Li said in 2007 that he evaluated economic performance in Liaoning province, where he served as the Communist Party's secretary at the time, with the help of data related to electricity consumption, credit growth and rail cargo volume.

Analysts at Capital Economics, a London-based think tank, believe China's GDP growth rate is more likely to suffer manipulation as it is politically sensitive, and is "seen as a key metric of whether the leadership's economic policies are working."

"Unfortunately, early signs are that the forthcoming Five-Year Plan will include a GDP growth target. If so, the value of the GDP data as a measure of the economy's strength will continue to be undermined," the economic research consultancy wrote in a note.

Referring to the latest quarterly figures, Julian Evans-Pritchard, the company's China economist, said: "While we do think the official figures are currently overstating growth by a wide margin, we nonetheless have reason to think that actual growth was indeed broadly stable last quarter."

However, there are others who believe China may have been underestimating the size of its economy, including factors such as consumption and service sector growth, and putting too much emphasis on the weaknesses in manufacturing.

A big portion of the Chinese economy is not really being counted as the country is undergoing a restructuring from a manufacturing to a services economy, Mark Mobius, the chairman of the emerging-markets group at Franklin Templeton Investments, recently told Bloomberg.

In a report published by the US-based Center for Strategic and International Studies (CSIS) in September, analysts Daniel Rosen and Beibei Bao shared a similar view. The researchers showed that China's economic output in 2008 was 13 to 16 percent larger than official figures, while the country's 2013 GDP stood at $10.5 trillion rather than the official $9.5 trillion.

The reason for this difference, the experts say, is the failure of China's statistics to cover the whole spectrum of the nation's services sector, whose share of the economy has grown considerably in recent years.

"At the broadest sector level, the hard to count services cluster is in greatest need of upward revision: 22.2 percent in our estimate," Rosen and Bao said, adding that services overtook the industrial sector as the largest contributor to GDP in 2009, and not in 2012 as official data suggest.