The Iraqi prime minister has challenged US Secretary of State Rex Tillerson over his comments on Iranian militias in Iraq. Tillerson had called on the militias to "go home" as the fight against IS was ending. 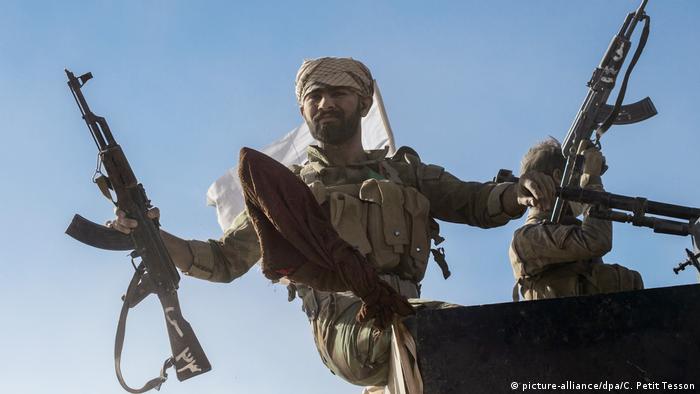 Fighters of the Hashed al-Shaabi, also known as the Popular Mobilization Forces (PMF), "are Iraqis who have fought terrorism, defended their country and made sacrifices to defeat 'Islamic State'," Prime Minister Haider al-Abadi said in a statement.

On Sunday, US Secretary of State Rex Tillerson called for Iranian and Iran-backed Shiite militia in Iraq to either return to their
homes, integrate into the Iraqi army or leave the country, as the fight against the "Islamic State" (IS) was ending.

The 60,000-strong Hashed al-Shaabi was cobbled together from Iranian-backed militias in 2014 after IS took over large parts of northern Iraq. It is answerable to the prime minister's office, and parliament has voted to integrate it into state forces. 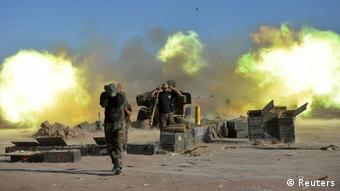 "The Hashed is an institution that depends on the Iraqi state and the constitution does not allow the presence of armed groups outside the law," Abadi said. The cabinet added that "nobody has the right to interfere in Iraqi affairs."

Critics allege that visits by Iran's Major General Qassem Soleimani, a commander of Iran's Revolutionary Guards who advises the PMF, reflect Tehran's influence in the country.

Iraq has close links with Shiite-majority Iran, which is the regional rival of Sunni-ruled Saudi Arabia.

Critics argue that pro-Baghdad Shiite-dominated PMF are supported by Iran, with Tehran seen as using them to expand its influence in Iraq.

Read more: What you need to know about the Kurdish-Iraqi dispute

"We are concerned and a bit saddened by the recent differences that have emerged between the Kurdistan Regional Government and the Iraqi central government," Tillerson said.

"We have friends both in Baghdad and we have friends in Erbil and we encourage both parties to enter into discussion and dialogue."

A court in Baghdad has issued an arrest warrant for the vice president of Iraqi Kurdistan for allegedly calling Iraqi troops "occupying forces" in Kirkuk. Tensions have soared since last month's independence referendum. (19.10.2017)

Shiite militants push IS out of key Iraqi town of Baaj

The pro-Baghdad Popular Mobilization Forces have driven the "Islamic State" out of the Iraqi town of Baaj, cutting one of the group's supply lines between Mosul and Syria. The Shiite fighters are endorsed by Iran. (04.06.2017)