In 2007, Andre Shepherd abandoned the US army base where he was stationed in Germany to protest the Iraq war. After months living undercover in picturesque Chiemsee, he's now trying to get political aslyum. 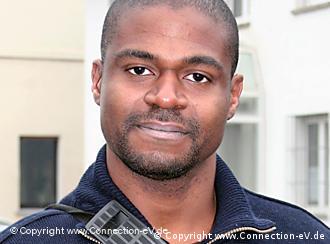 According to US law, desertion can carry the death penalty

Tucked away on the border of Germany and Austria, Lake Chiemsee has long been popular with holiday-makers. But now the idyllic alpine region has become the unlikely backdrop for the story of a man wandering into uncharted political territory.

In 2007, Andre Shepherd walked off the US army base where he was stationed in southern Germany. The Apache helicopter mechanic said his experiences on duty in Iraq convinced him he could no longer support the war.

"The Iraqi people, when I met them, reacted towards us with anger, hostility and fear. We didn't understand why, because in the US, you think 'oh, we're the liberators,'" Shepherd told Detusche Welle. "But what was going on with the kidnappings, the rapes, and Abu Ghraib - the population just wanted us out of there."

Shepherd had never planned to make a career of the military. In his 20's, his dream of studying computer science fell by the wayside after he couldn't afford to keep paying tuition at Kent State University in Ohio. For a while, he lived in his car. 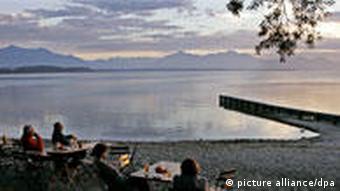 Lake Chiemsee is known for its sunsets and alpine beauty, not political drama

"I ended up being homeless for about a year, and I joined the military because it was the only way to get a job out of Cleveland," said the Ohio native.

After his first tour of duty in Iraq, Shepherd returned to the base in Germany, where he started doing Internet research on the Iraq war. Gradually, he became convinced that the US-led invasion was a human rights violation.

That was the moment of truth, says Shepherd.

"I had to decide, OK, do I just go back to the war, knowing what I'm doing is wrong, that it's murder, or do I go against the world's most powerful government and have a lot of problems, be ostracized from society?"

It took him ten days to make up his mind. In April 2007, Shepherd walked off the base.

Germany is a main staging post for the US military, with around 60,000 US troops stationed there. Each year, some of those soldiers go AWOL (Absent Without Official Leave). Many get picked up by the German police and sent back to their bases. 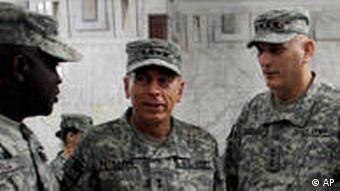 Shepherd refused to take part in a war he calls illegal

Shepherd avoided being caught. He didn't contact his family, relying on local friends and the occasional odd job to survive. After 19 months, he decided to turn himself in and apply for political asylum.

If his application is successful, Shepherd will become the first US Iraq war veteran to receive political asylum in Germany, says Rudi Friedrich, head of the pacifist organization Connection.

Friedrich's organization, which he runs out of his home in a suburb of Frankfurt, offers support to conscientious objectors and war deserters and has been guiding Shepherd through the asylum-seeking process.

"The recognition that one is not alone is an important experience for a deserter to regain his self-esteem, to be able to say, 'Yes, I did make the right choice, I don't want to shoot at my neighbor,'" Friedrich told Deutsche Welle.

Shepherd's asylum application cites a 2004 European Union regulation that grants refugee status to any soldier who is in danger of being prosecuted if his or her military service "would include crimes or acts" which violate international law. But some fear granting Shepherd asylum could create an easy way out for Americans stationed in Germany who want to avoid combat duty in Iraq.

Friedrich explains, "If Andre Shepherd is granted asylum, than that decision will take the form of a letter, exactly one page, with a letterhead. And it will say, 'In light of the document submitted, Andre Shepherd is granted asylum.' That's it - there is no explanation or rationalization. So it's not a political stance, unless you say, the recognition of the asylum application is in and of itself a political stance."

Even if his application is granted, Shepherd will likely face jail time if he ever attempts to return to the United States. 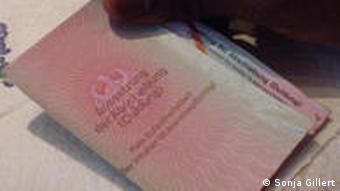 Fortunately, Shepherd says he feels at home in the tiny town of Prien-am-Chiemsee. He's married to a German woman, and works part-time installing solar paneling for her parent's company. He also attends daily language classes as part of an integration course. In September, the Berlin newspaper Die Tageszeitung awarded him its Panther Prize for his courage in deserting.

Shepherd says he feels optimistic, and says he sees parallels between his own case and the lessons of the Nuremburg Trials.

A US army deserter who went AWOL to avoid redeployment to Iraq is confident his application for asylum in Germany will be approved, his lawyer said Thursday, Feb. 5. (06.02.2009)

There was a sharp increase in the number of people seeking asylum in Germany in 2009. Most of the people awarded refugee status were from Iraq. (21.01.2010)

It is cold, the language is foreign, and there are many unfamiliar rules. For the approximately 1,800 Iraqi refugees in Germany, while it is not always easy to feel at home, many see their futures here. (28.11.2009)