A bombing at a coffee shop in Baghdad has killed at least 27 people, police and medical officials say. The blast is the latest manifestation of a spike in violence ahead of Iraqi elections. 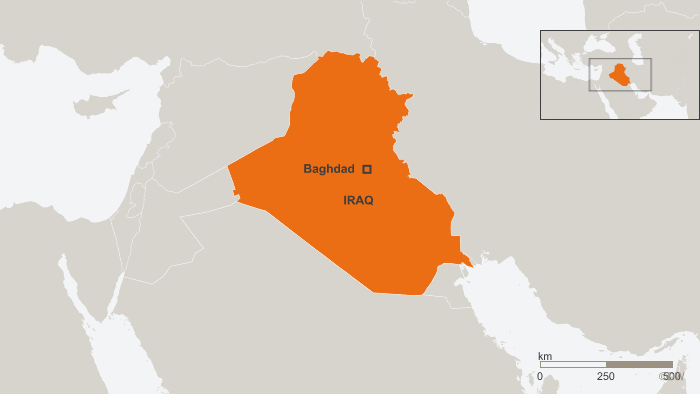 The blast, which was also said to have injured more than 50 people, occurred at 10 p.m. local time in a mostly Sunni Amriyah neighborhood of western Baghdad. Police said the bomber set off his explosive belt inside the packed café.

Officials said at least three children were among the dead. While there was no immediate claim of responsibility for the attack, al Qaeda militants are among the suspects after stepping up their campaign of violence in an apparent bid to stoke ethnic tensions between the Sunni and Shiite communities.

Sunni militants linked to al Qaeda are thought to be keen to discredit the Shiite-led government of Prime Minister Nuri al Maliki, with provincial elections to be staged at the weekend.

The second-floor cafe where the bomb was detonated was reported to be a popular venue for young men to play billiards and video games. However, the surrounding shopping mall was understood to be largely frequented by families.

A series of bombings across the country on Monday killed more than 30 people.

Some 13.5 million Iraqis are thought to be eligible to vote in Saturday's elections, with more than 8,000 candidates contesting 378 seats.

The credibility of the vote has recently come into question, with at least 14 candidates having been killed in the violence over recent weeks. No elections are taking place in about a third of the country's provinces, including two where officials say security would be impossible to guarantee.

The elections are to be the first staged after the withdrawal of US forces in December 2011, with Iraqi forces set to take responsibility for polling day security.