The nomination of Adnan al-Zurfi, a little-known political figure, came as Iraq seeks to overcome months of unrest and renewed rocket attacks. He vowed to prepare elections in a year if approved. 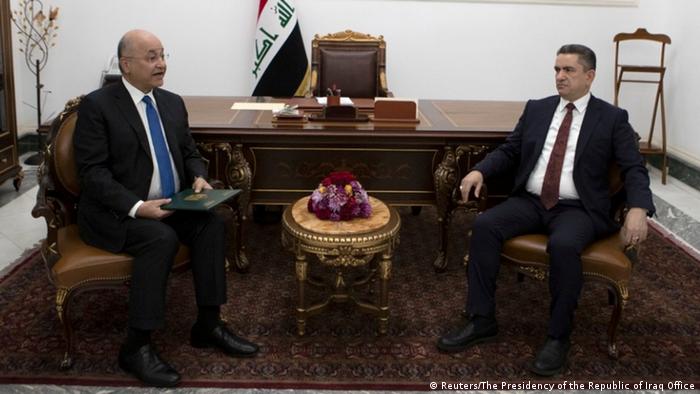 Al-Zurfi, the former governor of the city of Najaf, now has 30 days to form a cabinet which would then face a vote of confidence in parliament.

Following his appointment, al-Zurfi said that he would prepare "early and fair elections" within a year if his government is approved, according to a statement released on state news agency INA.

He added that he would respond to the demands of protesters, who have been demonstrating for months over corruption and inefficiency in the government.

The nomination came as several rockets struck Baghdad's Green Zone near the US Embassy on Tuesday evening. It was the fourth rocket attack in a week after rockets hit military bases housing foreign troops. 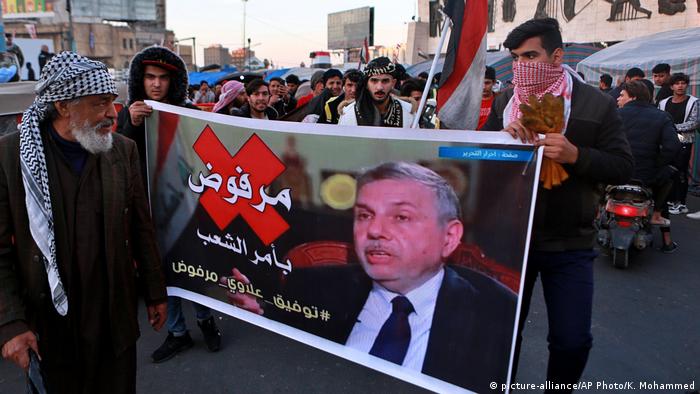 Al-Zurfi, was reportedly chosen after rival political parties couldn't reach a consensus on one candidate. A senior government source told news agency AFP that factions were looking for a "non-confrontational figure."

However, his appointment was immediately rejected by the powerful Fateh parliamentary bloc, which is the second-largest in parliament.

"We reject the president's unconstitutional step," Fatah, the political arm of the Hashed al-Shaabi military network, said in a statement. The statement also alleged that al-Zurfi is "loyal to America."

US Secretary of State Mike Pompeo wrote on Twitter that al-Zurfi would receive US support if he upheld "Iraq's sovereignty and protected human rights" along with ensuring other basic needs.

Adnan al-Zurfi heads the small Nasr parliamentary group of former Prime Minister Haider al-Abadi, who was an ally of the US.

Al-Zurfi, who is seen as a relatively secular figure, previously lived in the US as a refugee after fleeing the regime of former Iraqi leader Saddam Hussein. He reportedly holds American citizenship, which he would have to renounce in order to become prime minister.

The 54-year-old is the second person to be nominated after outgoing premier Adel Abdul Mahdi resigned in November, following widespread protests against the government.

Mohammad Allawi, who was appointed as prime minister-designate after Mahdi, withdrew his candidacy in early March after he failed to garner enough support for his proposed cabinet in parliament.