Ayatollah Ali Khamenei, Iran's supreme leader has accused the United States of destabilizing the Persian Gulf. He said his country would try to protect the "oppressed" as much as possible. 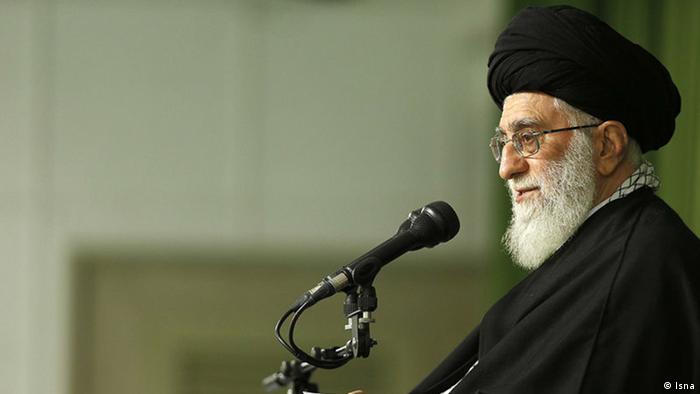 Iran's supreme leader on Saturday blamed the US of pursuing its selfish interests in the Persian Gulf and making the region "insecure." Ayatollah Ali Khamenei's comments came after Iranian forces seized a ship in the area and fired on another vessel.

"What is the US' business," Khamenei asked. "The US is after its own interests and will make the region insecure. We are neighbors: the security of the Persian Gulf is in all our interests. If it is safe, we benefit. If it is not safe, it will be insecure for all."

The gulf is a major transit route used by ships carrying millions of barrels of oil to different parts of the world.

Addressing Iranian officials and diplomats at an event in Teheran, the supreme leader said, "Yemen, Bahrain and Palestine are oppressed and we protect oppressed people as much as we can."

He accused anyone bringing suffering to Yemeni families, caught in the conflict between rebels and Saudi-backed government forces, as being "worse than the ancient Pagans of Mecca."

Earlier this week, Iran sent a cargo ship to Yemen saying the vessel carried humanitarian help for the war-torn country, but the gesture increased tension in Aden, prompting Saudi Arabia's army to inspect all vessels coming to the port and raising the chances of a standoff with the Iranian flotilla. 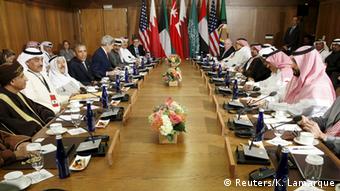 The ayatollah's comments came in the backdrop of a Camp David meeting of US President Barack Obama with Gulf leaders, who expressed concern about Iran expanding its influence in the Middle East.

Sunni countries, including Saudi Arabia, Bahrain and the United Arab Emirates, and US accuse Teheran of backing Shiite Houthi rebels in Yemen where a Saudi Arabia-led coalition is launching airstrikes to seize back control for President Abd Rabbu Mansur Hadi. Teheran has also been critical of Saudi Arabia's backing of Bahrain, where Sunni rulers repress the majority Shiite population.

Khamenei's comments come at a time when Iran is negotiating a crucial deal over limiting its nuclear program in return for a loosening of sanctions with the UN Security Council's five permanent members, UK, US, France, China and Russia, and Germany (P5+1).

Saudi-led airstrikes continue to pound Aden as fighting rages on

A coalition led by Saudi Arabia pressed on with airstrikes against Shiite Houthi rebels in southern Yemen. Fighting centers around Yemen's second city of Aden and its airport. (30.04.2015)