Iran's newly elected president has vowed to deliver the change demanded by voters after eight years of conservative rule. Hasan Rowhani also pledged to pursue constructive interaction with the rest of the world. 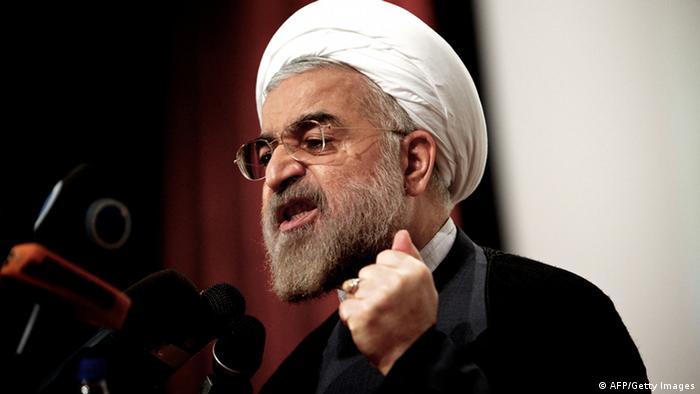 Hasan Rowhani described his election as a "new era" and said he would "follow the path of moderation and justice, not extremism."

Rowhani made the comments in his first press conference since he was declared the outright winner of the election and also expressed a desire to work for better international relations.

The 64-year-old, who as president-elect is set to take the reins of power from President Mahmoud Ahmedinejad in early August, said there was a clear mandate for change. The Friday poll saw him win 50.68 percent of the vote, with a turnout of up to 73 percent.

"This was more than an election, it was a call by the majority of the people for moderation and respect, and against extremism. Iran has started a new chapter of moderation," Rowhani said. "Your government ... will follow up national goals ... in the path of saving the country's economy, revive ethics and constructive interaction with the world through moderation."

Rowhani took a swipe at the presidency of Ahmadinejad, stating that the "era of sadness" had been brought to an end. He also said that he would seek to revive Iran's constructive interaction with the rest of the world, most particularly on the issue of Iran's controversial nuclear program.

"Our nuclear programs are completely transparent. But we are ready to show greater transparency and make clear for the whole world that the steps of the Islamic Republic of Iran are completely within international frameworks," he said.

No blinking on enrichment

Rowhani ruled out any possibility of suspending Iran's nuclear enrichment program. That program has proved a major obstacle in negotiations between Iran and the so-called the P5+1 group of countries: the five permanent members of the UN Security Council plus Germany. Some countries fear that Iran may be using its enrichment program to developed weapons-grade uranium. Tehran insists its program is for purely peaceful purposes.

EU foreign policy chief Catherine Ashton, who has been leading negotiations with Rowhani, said she was committed to find a "swift diplomatic solution" to the disputed program.

Congratulating Rowhani on his election win, German President Joachim Gauck on Monday called for the future administration to comply with international obligations, to respect human rights and to take part in the peaceful settlement of regional conflicts.

The president has only limited powers in Iran, with major policy changes being decided by ruling clerics and the powerful Revolutionary Guard. However, both factions have so far appeared supportive of Rowhani, himself an cleric.