There have been tentative signs of progress toward salvaging the 2015 nuclear deal, as the UN's atomic energy watchdog reports that Iran has agreed to discuss "outstanding issues." 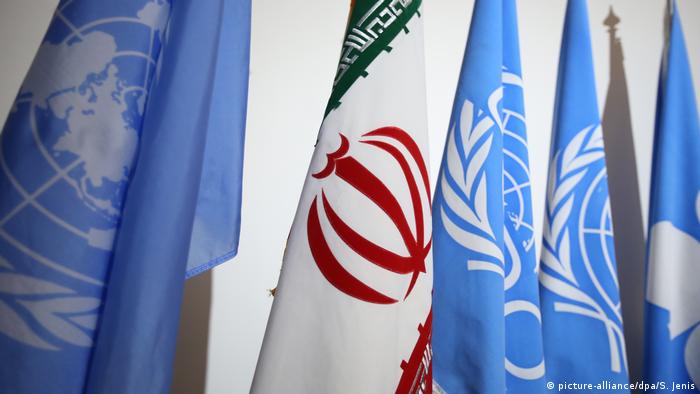 Iran said it is open to maintaining a 'path to diplomacy'

Iran has previously stonewalled investigators demanding an explanation for the uranium particles.

The announcement came as Germany, France and the UK decided to pause the submission of a resolution criticizing Iran's suspension of some IAEA inspections. The resolution was intended to be brought before the IAEA's board of governors this week. 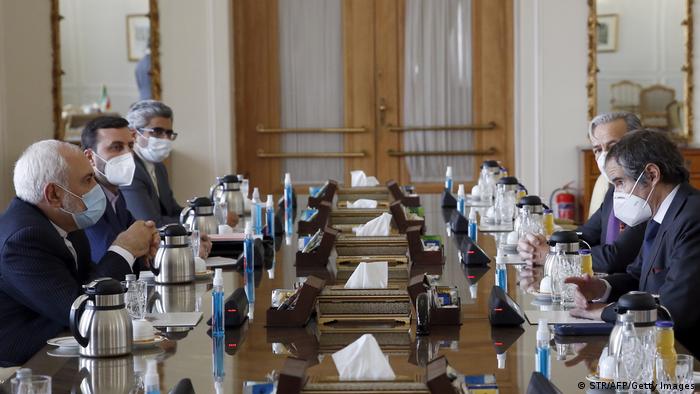 Iran began to step up uranium enrichment after the US withdrew from the accord and increased sanctions under former President Donald Trump. New US leadership under President Joe Biden has sparked hopes that all sides can return to the negotiating table to salvage the deal.

One diplomatic source told the AFP news agency that the European governments' decision to pause criticism of Tehran would "give time to diplomacy," citing signs of "good faith" on the Iranian side following Grossi's initiatives.

What are Europeans saying?

Germany's Foreign Ministry told The Associated Press that it was common to "discuss all possible options for action'' ahead of such meetings, adding that the European powers, called the E3, still have concerns about Tehran's "serious violations" of the deal.

"Above all, we would like to support the director general of the IAEA in his efforts to start talks with Iran regarding the open safeguards issues,'' the ministry said.

A French diplomatic source told the Reuters news agency that "things are moving in the right direction" and that Iran was giving "positive signals."