He was convicted of stabbing to death a security guard during anti-government protests in 2018. Iran had previously promised to crack down hard on demonstrators. 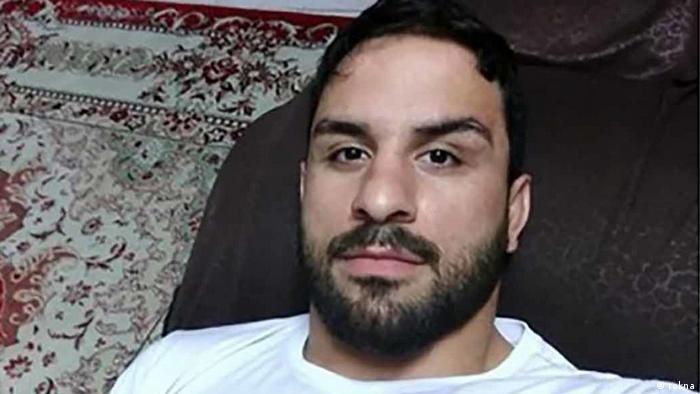 Iranian wrestler Navid Afkari has been executed after being convicted of stabbing to death a security guard during anti-government protests in 2018, state media said on Saturday.

Afkari was executed "this morning after legal procedures were carried out at the insistence of the parents and the family of the victim," the media quoted the head of the justice department in the southern Fars province as saying.

Authorities accused Afkari of stabbing water supply company employee Hassan Turkman in the southern city of Shiraz amid the unrest, but doubt over his conviction remains.

Iran broadcast the wrestler's televised confession last week but Afkari claimed he was tortured into making a false confession, according to his family and activists. His attorney says there is no proof of his guilt.

The execution had gone ahead despite international pressure, tweeted DW's head of Farsi, Yalda Zarbakhch.

The Iranian government had previously promised to clamp down hard on those involved in the 2018 anti-government protests amid high levels of inflation, unemployment and inequality.

The government recently suspended the death sentence of three young men for their role in the protests following a widespread social media campaign.

It said Afkari's cellphone had been in the area and it showed surveillance footage of him walking down a street while talking on his phone.

Afkari's two brothers were also arrested. Their mother claims that they were tortured to make them testify against him.

The case revived a demand inside the country and abroad for Iran to stop carrying out the death penalty.

Imprisoned Iranian human rights lawyer Nasrin Sotoudeh — herself nearly a month into a hunger strike over conditions at Tehran's Evin prison — reportedly spoke out in support of Afkari.

Earlier, US President Donald Trump tweeted his own concern about Afkari's case. "To the leaders of Iran, I would greatly appreciate if you would spare this young man's life, and not execute him,'' Trump wrote last week. "Thank you!''