The rare decision followed a wave of online protest, with over 10 million retweeting the hashtag #StopExecutionsinIran. The accused's lawyers said in a statement that they were "hopeful" the verdict would be overturned. 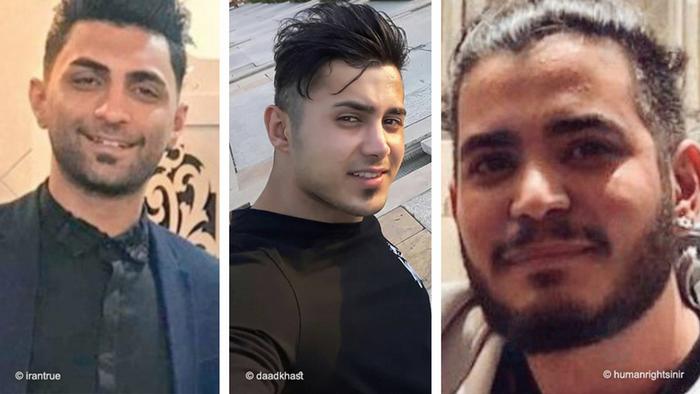 The Iranian judiciary has suspended the planned executions of three men linked to anti-government protests in November, their lawyers said on Sunday.

"We are very hopeful that the verdicts will be overturned... considering that one of the judges at the supreme court had opposed the verdicts before," the four lawyers representing the accused said in a statement published by state news agency IRNA.

Iran's top court upheld the death sentence for the three protesters last week, sparking a wave of online protests that saw over 10 million tweets and posts with the #Don'tExecute in Farsi and #StopExecutionsinIran.

"We conveyed a request [for a retrial] to the supreme court and they have accepted it. We hope the verdict will be overturned," one of their attorneys, Babak Paknia told AFP.

The court said that the accused men had helped vandalize and set banks, buses and public buildings ablaze during the November protests over a hike in fuel prices.

Additionally, the judiciary cited videos of the alleged crimes recorded on their phones. The three are Amirhossein Moradi, a 26-year old employee of a cellphone retailer, Said Tamjidi, a 28-year-old student, and Mohammad Rajabi, also 26.

Judiciary spokesman Gholamhossein Ismaili said at the time of last week's verdict that the ruling could still change over "extraordinary proceedings," citing a legal clause that could trigger a retrial if deemed necessary by the chief justice.

Several well-known voices and NGOs, including Amnesty International, called for an overturning of the verdict.

Demonstrators also took to the streets last week, over economic hardships in Iran. Police said on Friday that they broke up protests as a crowd was chanting "norm-breaking slogans," a promised to deal "decisively" with future demonstrations.

Read more: Why is the Iranian regime wary of Instagram?

Protests shook Iran in November last year after the government unexpectedly announced that it would ration fuel and increase its price by at least 50%.

Over 1,000 demonstrators were arrested at the time, while by some estimates, between 200 and 400 people were killed and thousands injured.

An earlier version of this article used an image from a protest in Berlin where people demonstrated against capital punishment in Iran. The image has now been replaced. The department apologizes for the error.