Iran Denies Shifting Assets From Europe | Europe| News and current affairs from around the continent | DW | 21.01.2006

Iran on Saturday denied it has shifted funds out of Europe due to fears of economic sanctions over its nuclear program after a swirl of contradictory reports on whether such transfers had taken place. 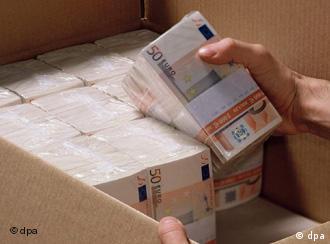 A deputy central bank chief categorically denied that Iran was moving foreign currency out of Europe to Southeast Asia. The comments appeared to flatly contradict previous reported remarks by the bank's president.

"At the moment, Iran does not have any schedule to transfer its foreign exchange accounts to the named countries," Mohammad-Jafar Mojarad told the state news agency IRNA when asked if Iran has transferred the accounts to Asia.

The head of the central bank, Ebrahim Sheibani, had reportedly said on Wednesday that Iran was moving funds from Europe elsewhere after Western demands to freeze Iranian assets as a result of the conflict over Iran's decision to resume nuclear research.

The international crisis over Iran's nuclear program escalated when the Islamic republic resumed sensitive uranium enrichment research on Jan. 10, despite calls by European negotiators to maintain a halt to such activities.

"We transfer foreign currency reserves related to all sectors including oil foreign exchanges to wherever it is good for us and we have started this transfer," Sheibani was quoted as saying. 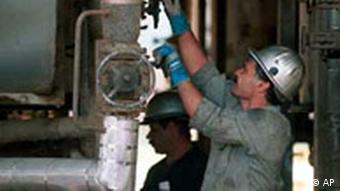 Workers at an oil refinery in Tehran

Iran is expected to earn at least $40 billion (33 billion euros) from oil production this year. In the past, Iran has deposited its oil revenues in European banks.

Sheibani himself, however, on Saturday rejected the idea that such transfers had already taken place, even though he left the door open for such a possibility in the future.

"We will transfer Iran's foreign accounts whenever we believe it is necessary," Sheibani told state television.

The United States said on Friday that any Iranian move to transfer currency deposits away from Europe would be a sign of growing isolation. US State Department spokesman Sean McCormack said such market maneuvers would not deter moves to refer its nuclear activities to the UN Security Council.

"I think it is an indication that Iran is further isolating itself from the rest of the world," McCormack told a press briefing. "I don't know what it is that they hope to accomplish by doing this."

London, Paris and Berlin called an emergency meeting of the International Atomic Energy Agency for Feb. 2 as Western countries aim to gather support for referring Iran to the UN Security Council for possible sanctions. 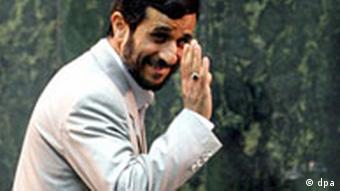 Iranian President Mahmoud Ahmadinejad meanwhile called on Islamic states to use their economic power against the West.

"Along with the political war, there's an big, hidden economic war going on and Islamic states should use their potential to cut off the hands of the enemy," he said.

According to news reports, Iranian leaders have also threatened that the nuclear stand-off might provoke an oil crisis.

But despite the rhetoric, Tehran seems willing to work out a diplomatic compromise behind the scenes.

Russia had suggested establishing such a program outside Iran to alleviate Western fears of Iran using the technology to build nuclear weapons.

Europe sought to keep up pressure on Iran over its nuclear program, dismissing as vacuous a Tehran offer to resume talks and seeking to overcome Russian and Chinese opposition to UN action. (Jan. 17, 2006)

The controversial statements by France's president on the country's nuclear potential have triggered international protests. But Jacques Chirac has by no means played a trump card, says Deutsche Welle's Andreas Noll. (Jan. 20, 2006)

Putin Cagey on Iran Issue After Discussions With Merkel

German Chancellor Angela Merkel arrived in Moscow hoping for a firm offer of support from President Vladimir Putin on the subject of Iran. She left Monday wondering what stance, if any, Russia would take. (Jan. 16, 2006)