Iran clamps down on teachers demanding fair pay | Middle East | News and analysis of events in the Arab world | DW | 04.10.2021

Iran's teachers are protesting poor salaries and working conditions in the face of runaway inflation. The government, however, is treating them like criminals. 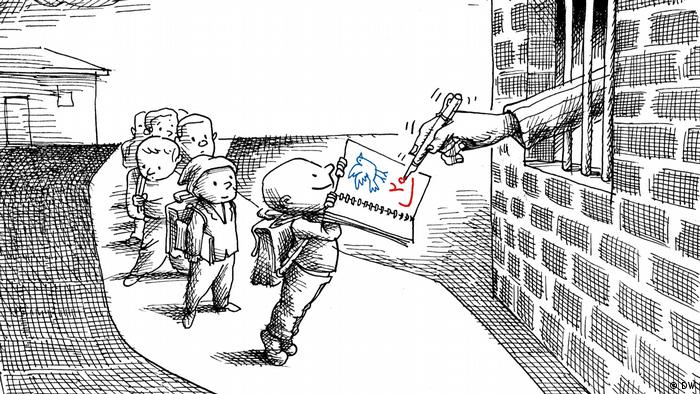 A number of teachers have been arrested for protesting in Iran

Aziz Ghasemzadeh is a spokesman for the teachers' union in Iran's northern province of Gilan. Last week, he was arrested while he was doing an interview on his phone with a Persian-language broadcaster. The phone's camera was still on and captured footage of the arrest at his parents' home; you can hear his mother's voice pleading with the officers not to take her son away. However, Ghasemzadeh's hands were tied, and he was blindfolded before being whisked away.

"Union activists like Aziz Ghasemzadeh are accused of 'endangering national security.' The authorities are cracking down on them," human rights lawyer Saeid Dehghan told DW. "Ghasemzadeh is a teacher and a respected musician and singer. He is an educated and cultured person who is peacefully campaigning for more social justice and better working conditions. That is not forbidden under our constitution." 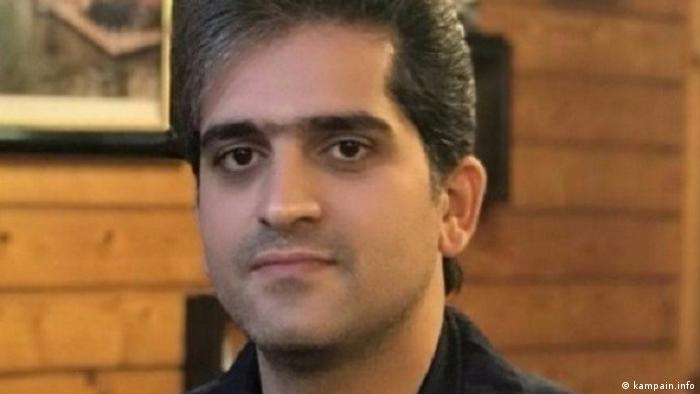 Aziz Ghasemzadeh was arrested in the middle of an interview

Fear of the regime

Deghan, who is from the capital, Tehran, defends political prisoners in Iran. Deghan is concerned about the arbitrary arrest of activists. He says the intention is to intimidate them before they can organize themselves.

"The general discontent in Iran is very high, and any protest action has the potential to mobilize many people against the political system.  That's why, from the government's point of view, any protest must be nipped in the bud."

The day before his arrest, Aziz Ghasemzadeh had addressed a protest rally just before the start of the new school year in Iran. Similar demonstrations took place in more than 40 cities. The activists were campaigning for better working conditions and higher wages for teachers who are employees of the Ministry of Education. 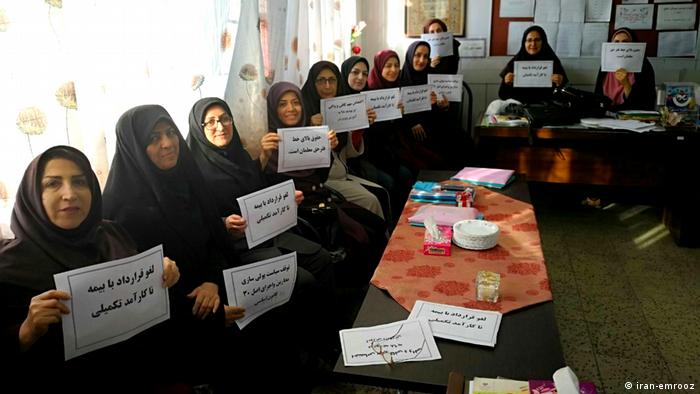 Many of them have not received their salary in months. It was only in March 2021 that the previous government under President Rouhani, after long negotiations, agreed to adjust teachers' salaries in light of the country's deteriorating economic situation.

The teachers' wages were meant to be hiked by between 20% and 27%. However, the inflation rate in Iran in 2020 was 36.5% compared with the previous year. This year, it's expected to skyrocket to nearly 40%.

According to Iran's statistics agency, the average cost of living increased by more than 30% last year alone. "We are asking for our rights," Aziz Ghasemzadeh had stressed in his speech, which quickly circulated on the internet. The activists demanded not only fair pay but also urgent investment in modernizing dilapidated school buildings and hiring more staff.

"Political leaders believe they can solve the problem by arresting union activists. They are wrong. We will not give up," Ghasemzadeh said in his speech. Now he himself is among at least 15 Iranian teachers who have been put behind bars for their work in the union.

One of the best-known prisoners is math teacher Esmail Abdi. Abdi, an executive board member of the Iranian Teachers' Trade Association, has been in jail since November 2016. He's been slapped with the regime's standard charge of "gathering information with the aim of endangering national security" and "propaganda against the political system." 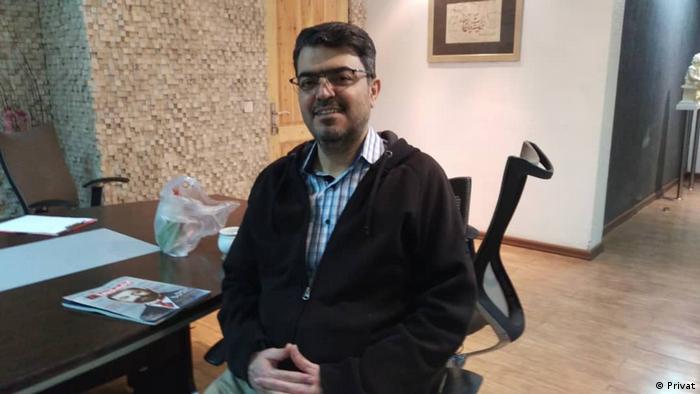 Esmail Abdi has been behind bars since 2016

The labor union Education International has repeatedly called for the release of Esmail Abdi and campaigned for global solidarity with him and other teachers imprisoned in Iran.

In other words, those in power in Iran are violating their international human rights obligations.

"That's because they don't have to fear any serious consequences," Raha Bahreini, an Iran expert at Amnesty International, told DW. Bahreini pointed out that the UN had appointed a special rapporteur on the human rights situation in Iran, who documents human rights violations in the country.

"We're calling for an international mechanism to identify those responsible for human rights violations in Iran and to have the files opened so that those concerned can eventually be brought to justice," Bahreini said.

Iranian human rights activist Narges Mohammadi is not giving up, despite a new criminal conviction. She spoke to DW by phone from Tehran.

Authorities in Iran say the death in custody of Mahsa Amini was due to illness rather than reported beatings. The young woman's death sparked weeks of violent protests.

Armenia, Azerbaijan agree to EU mission along their border