Iran's paramilitary Revolutionary Guard has claimed the arrest of an exiled journalist who allegedly helped fan protests that began in December 2017. The initial outrage focused on the government's economic policies. 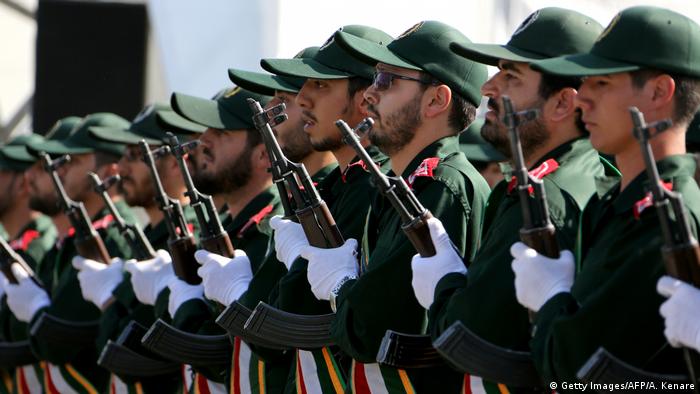 Agents of Iran's Islamic Revolutionary Guards Corps (IRGC) on Monday said that they had captured and returned to Iran an exiled journalist who allegedly incited anti-government protests that began almost two years ago.

Ruhollah Zam, a journalist-turned-activist, had been accused of fomenting unrest via social media. Zam was based in France and other parts of Europe but it is not yet known where he was when at the time of his arrest. His website, AmadNews, carried embarrassing and critical information on Iranian officials.

Read more: Can Imran Khan mediate between Tehran and Riyadh?

Initial suggestions appeared to point to him being detained in Iran, as the IRGC said he was held after being "guided into the country."

The operation was a "complex operation using intelligence deception," the IRGC said in a statement carried by on state television.

AmadNews has since been suspended after Iran accused it of fueling violence during the protests that started in late 2017 and continued across the country and into the following year. However, the media outlet soon re-appeared under a new name.

Washington will deploy a large force to Saudi Arabia to boost the kingdom's security after the attack on its oil production facility. Both the US and Saudi authorities blamed Iran for the strike. (11.10.2019)

An Iranian oil tanker has suffered explosions on board, Iran's state-run news agency and other media say. The owners said the explosions were likely caused by missile strikes. (11.10.2019)