Iran has started to send heavy water to Oman to comply with the terms of its international nuclear deal. It was the second time Tehran had surpassed the 130-metric-ton threshold for heavy water. 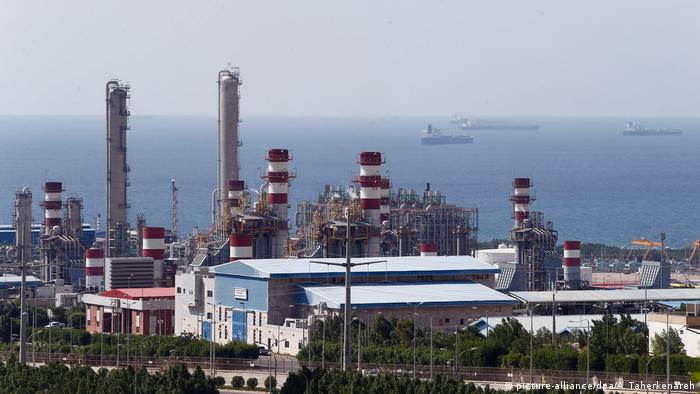 Iran's ISNA news agency and two diplomats familiar with Iran's nuclear program reported that by Monday the country had transferred an amount of its surplus heavy water to its Gulf neighbor Oman for sale.

"In view of the progress of talks with several foreign firms and countries to purchase heavy water, some quantities of Iran's surplus production has been transferred to Oman," said Behrouz Kamalvandi, spokesman for Iran's Atomic Energy Organization, according to the Iranian Students' News Agency (ISNA).

The agency reported that Kamalvandi said more heavy water would be sent to Oman as talks with oversees buyers progressed. There has been no official confirmation of the report.

A recent report from the UN's International Atomic Energy Agency (IAEA) said that Tehran had 100 kilograms (220 pounds) more heavy water in storage than the 130 metric tons limit set under the terms of its agreement with six world powers: the US, Russia, China, Britain, France and Germany.

Heavy water can be used in the process to make atomic weapons. It is used to cool reactors that can produce substantial amounts of plutonium which can be applied to making the fissile core of nuclear warheads.

While the violation of the terms of the nuclear deal may have involved only a small amount of material, it is the second time that Iran has exceeded the limit since the agreement came into force in January.

The IAEA, which is the world's central intergovernmental forum for scientific and technical co-operation on nuclear issues, had issued a confidential report saying Iran had 130.1 tons of heavy water.

US president-elect Donald Trump promised during the election campaign to "tear up" the landmark nuclear agreement, frequently describing it as the wrost deal ever. In response, Iranian leader Ayatollah Khamenei said recently that if Trump tore it up, "we will set fire to it."

The deal relaxed many economic sanctions on Iran in exchange for verifiable reductions in its nuclear programs. It was endorsed by the UN Security Council.

Last week, 76 US national-security experts from all sides of the political spectrum, urged Trump to keep the Iran deal. They argued that the nuclear agreement had reduced the threat of war in the Middle East.

"The deal proved that diplomacy with Iran can bear fruit despite skepticism about Iranian sincerity, the inclination of Iran's supreme leader to abide by the deal, or the ability of Iranian hard-liners to sabotage diplomacy," the National Iranian American Council stated.

The NIAC is a Washington group that has advocated improved relations with Iran. Those endorsing the statement included  Lawrence J. Korb, a former assistant defense secretary under President Ronald Reagan; Lawrence Wilkerson, chief of staff to former Secretary of State Colin Powell and Chas W. Freeman Jr., a former ambassador to Saudi Arabia.

"Trump may have been critical of the Iran deal during the campaign, but he will need the deal to remain intact to achieve his other stated goals," Trita Parsi, the president of the council, said.

The EU has also called on Trump to commit to the Iran nuclear deal.