The IOC has announced that all three cities bidding to host the 2022 Winter Games have been retained on the short list. The decision on which city will get the nod is to be announced in a year's time. 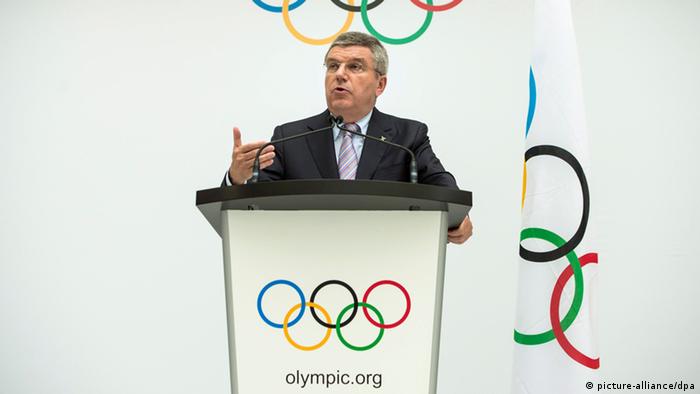 The executive board of the International Olympic Committee (IOC) decided on Monday that all three remaining candidates would remain in contention to host the 2022 Winter Games.

"The IOC Executive board has selected the cities of Oslo, Almaty and Beijing as candidate cities for the Olympic Winter Games 2022," IOC President Thomas Bach (pictured above) told a news conference in the Swiss city of Lausanne.

At this stage, the executive board would normally have cut down the number of candidates in the running to a short list. However, withdrawals from the contest by Munich, Krakow, Stockholm and St.Moritz-Davos due to concerns about cost or a lack of public support for their bids had essentially already created a short list. The Ukrainian city of Lviv also withdrew, citing the country's uncertain political future.

Oslo, too, could still pull out of the race, as it has not yet secured the backing of the Norwegian government, which is to decide whether to support the bid in the autumn.

The remaining candidates have until January to submit their detailed bids to the IOC.

South Koreans woke up on Thursday to news that their nation will host the 2018 Winter Olympics. After two consecutive unsuccessful bids, Pyeongchang won over the International Olympic Committee judges in South Africa. (07.07.2011)