Investigators build case against Putin opposition | Europe | News and current affairs from around the continent | DW | 07.11.2012

Investigations continue into allegations of "mass disorder" in Moscow during Putin's inauguration. If one man decides to plead guilty, it may harm other opposition leaders' chances of escaping prison. 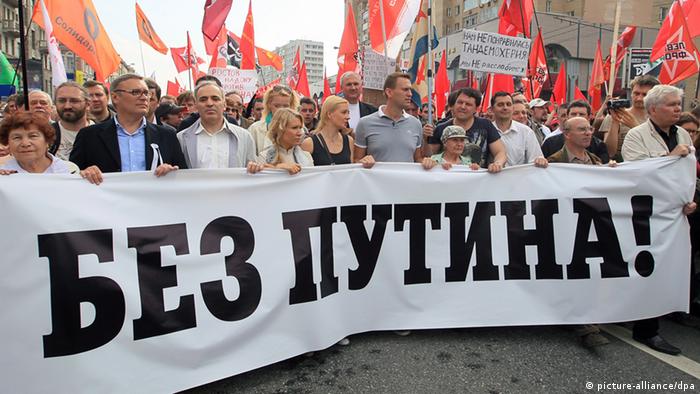 Prosecutors now have until March 6, 2013 to investigate the "Bolotnaya case." Courts will also have to rule on whether to extend the pre-trial detention of 13 people who have been held in prison since May on suspicion of "mass disorder with use of weapons" during protests following Russian President Vladimir Putin's inauguration. If convicted, the protesters could receive sentences of up to 10 years behind bars. 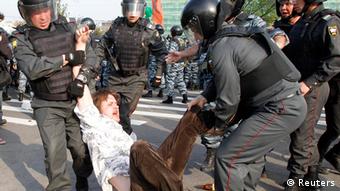 Police took hundreds of people into custody during the protests

Demonstrations against Putin took place in several Russian cities on May 6, 2012. Protests in the Russian capital were focused at Bolotnaya Square with tens of thousands of demonstrators chanting, "Change requires solidarity." Witnesses say police attacked opposition leaders. Hundreds of people were taken into police custody.

The extension of the investigation is a bid to win time for prosecutors, according to Lyudmila Alexeyeva, a human rights activist and head of the Moscow Helsinki Watch Group. Authorities are desperately searching for proof that the May 6, 2012 "mass protests" were planned. Alexeyeva told DW she was convinced no evidence would be found against anyone charged as part of the "Bolotnaya case." 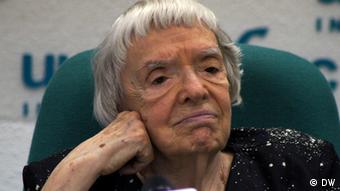 "At best, the investigators have videos showing individual confrontations between demonstrators and the police, but not of "mass disorder,'" she said.

Lev Ponomaryov, head of the Russian Movement for Human Rights agrees, adding that the head investigator, Alexander Bastrykin, was under serious political pressure.

"He has to prove that there were mass riots, even if it's not true," Ponomaryov said. "It's a task he was given from very high up."

Ponomaryov said he believes the authorities wanted to eliminate the heads of the Russian protest movement. He added that the authorities also wanted to get more members of the opposition involved in the Bolotnaya case, including prominent opposition leaders like Sergei Udaltsov, head of the Left Front. 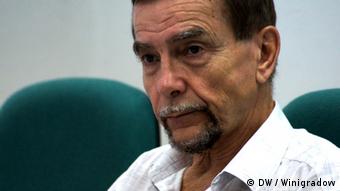 That's a concern shared by Vadim Prochorov, a lawyer representing Boris Nemtsov, co-chairman of the Republican Party of Russia - People's Freedom Party, as well as Ilya Yashin, a leader of Russia's Solidarnost movement. Both men have been questioned as part of the Bolotnaya case. Prochorov says he fears investigators will soon file charges against both his clients.

The case of Maxim Lusyanin will be particularly explosive, Prochorov says. Lusyanin is reported to be the only person in custody to have admitted his guilt. The case against him begins on Friday (9.11.2012).

"If he goes to court and uses the word 'riot' it will set a precedent," Prochorov said, adding that in this case the decision would be used to judge all the other trials related to the Bolotnaya Square protests. "If someone confesses to this, they won't have to look for any more proof."

Prochorov believes that the opposition leaders still in custody stand little chance of avoiding prison sentences, because they dared to protest against Putin.

"I'm now inclined to believe that Putin actually said: 'These people ruined my inauguration party, and now I'm going to ruin their lives,'" the lawyer commented.

Thousands have gathered in the Russian capital to demonstrate against the country's lax immigration policies. Rights groups worry that Sunday's march signals a shift toward nationalist sympathies in Russia. (04.11.2012)

Russian investigators have laid out criminal charges against a leading figure in the country’s opposition movement. This is just the latest in what critics see as a clampdown on dissent by the Kremlin. (26.10.2012)